Hello Crafty Friends! I'm Mitsyana Wright, from Up On Tippy Toes, and I am super excited to be a Guest Designer for the Sizzix Blog today! I am a die nut!! I absolutely adore all things SIZZIX!!! So, when I was approached by Sizzix and asked if I would like to be Guest Designer on their blog I lept at the opportunity. Naturally , I squealed with glee first.

And what better way to show how thankful I am for this opportunity than with a gorgeous thank you card! 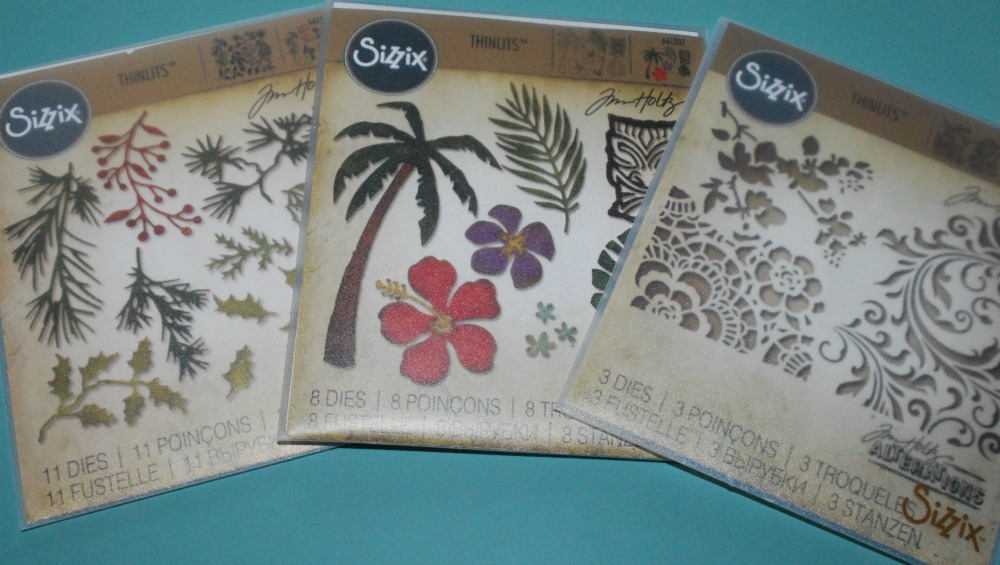 I started by creating a standard A2 sized (5.5"x 4.25") card base from white card stock. I used the flowery/ lacy die from the Tim Holtz Mixed Media #2 set to die cut the pattern from the front of my card two times. One from an upper corn and one from a lower running diagonal from each other.

Then, I cut piece of magenta cardstock, again at  5.5"x4.25". I adhered it to the back side of the front flap and trimmed off any excess overhang.

I used a glitter gel pen to add a bit of sparkle to the berries.

And shaded the monstera leaves and pine needle sprays with chalk ink using an ink applicator. 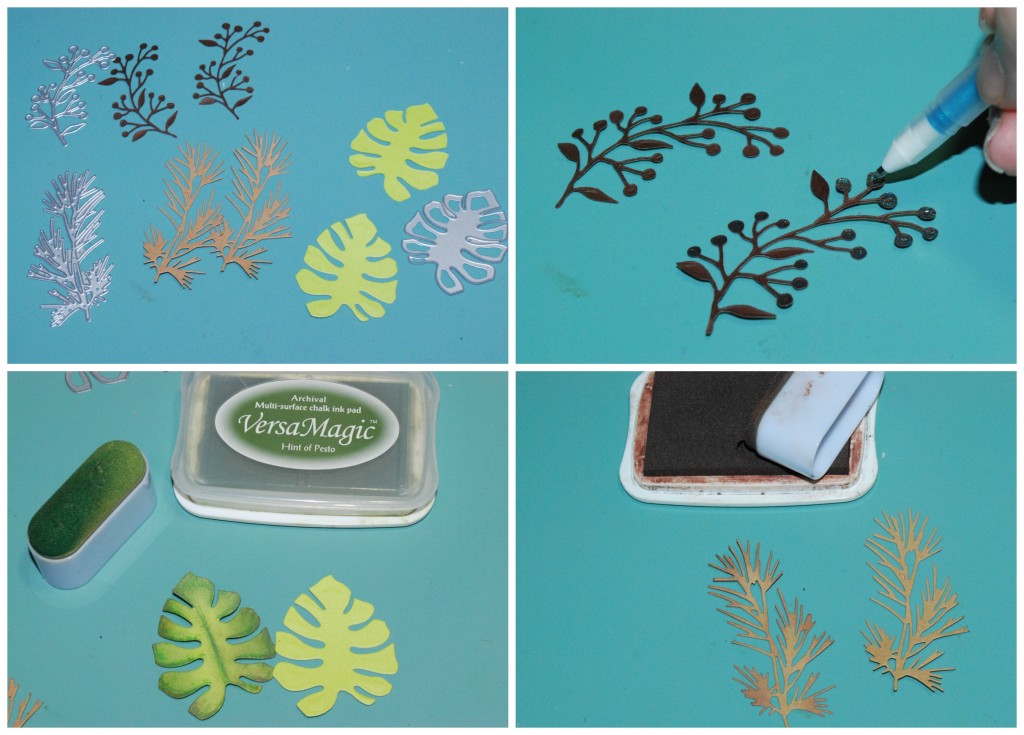 I die cut 2 more branches from kraft cardstock, this time from the dies that resemble a branch of Douglas Fir (think common Christmas tree).

I left these uninked. 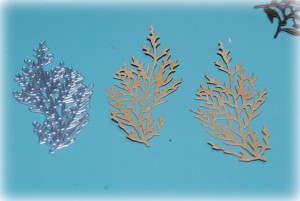 With the Eileen Hull Flower Layers w/ Heart Petals die, I die cut a 3 large white flowers, 2 medium magenta (the same cardstock I used to back the lace pattern cut-out on the card front), and 4 small magenta flowers. 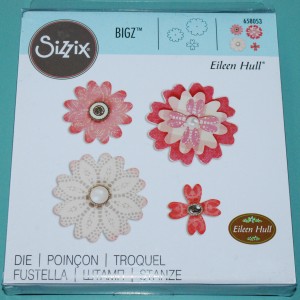 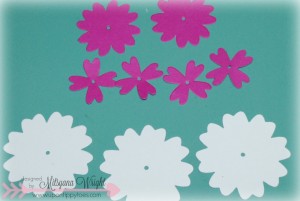 I used scissors to snip in between every two "humps", creating elongated heart shaped petals on each large flower. I did this step to just the large and medium flowers.

Then I used a water-based ink marker to draw random lines at the tips of each petal and toward the center hole of the flower.

I used a filled water brush to blend the color out and watercolor each flower. 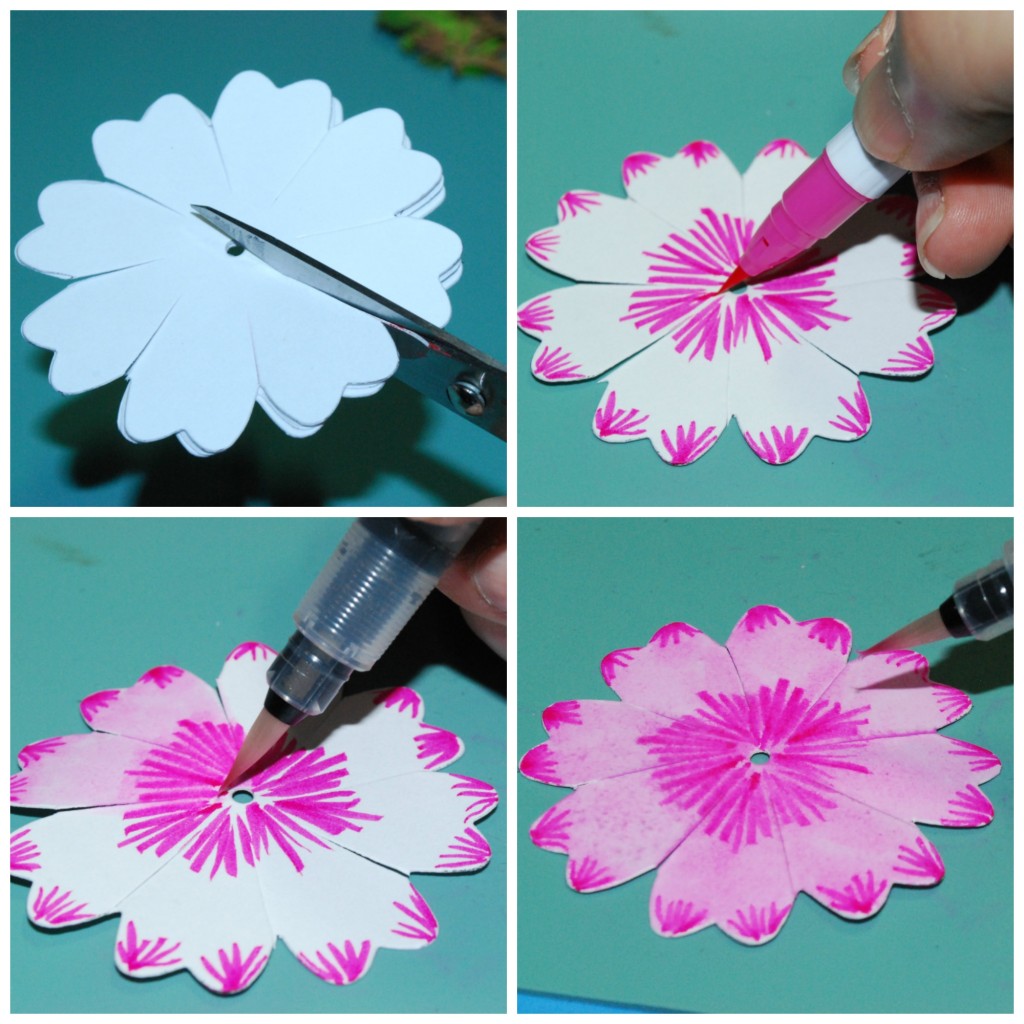 While the flower was still damp, I creased each petal in the center of each "heart".

Then I heat set them with a heat gun using tweezers and a small rounded bowl. Once all three large flowers were colored and dried, I layered and adhered them together with clear liquid adhesive. 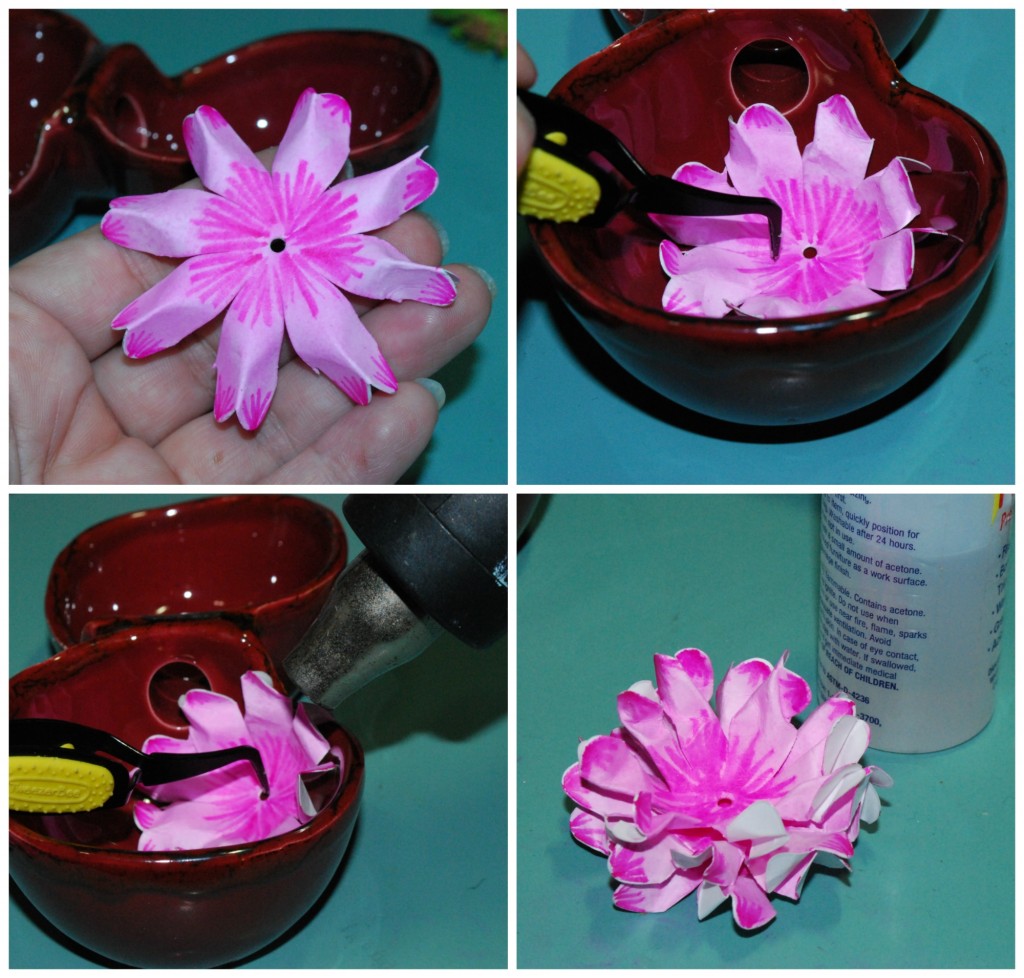 I inserted and secured flowers stamens in the flower center with more adhesive. Then inked the edges of my flower with brown chalk ink to tone down the bright pink color. 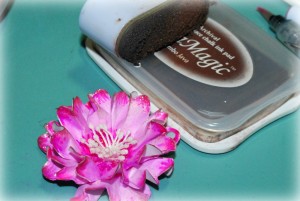 For the magenta flowers, I followed similar steps. Snipped in between every two humps, and using a water brush on each petal. Except this time, I did not use a marker to draw lines first.

And to give these flowers a different look, instead of creasing down the center of each petal, I slightly twisted the petals while they were damp.

Then heat set them with a heat gun, tweezers, and my small rounded bowl.

Once all my flowers were done, I began to embellish my card front.

I ran my leaves and sprigs through my Xyron Sticker Maker. And layered them onto the diagonal blank path that hadn't been cut out. Started with the pine needles and douglas fir ranches, then monstera leaves, then berry stems, then topped with the flowers (which I attached using liquid adhesive). 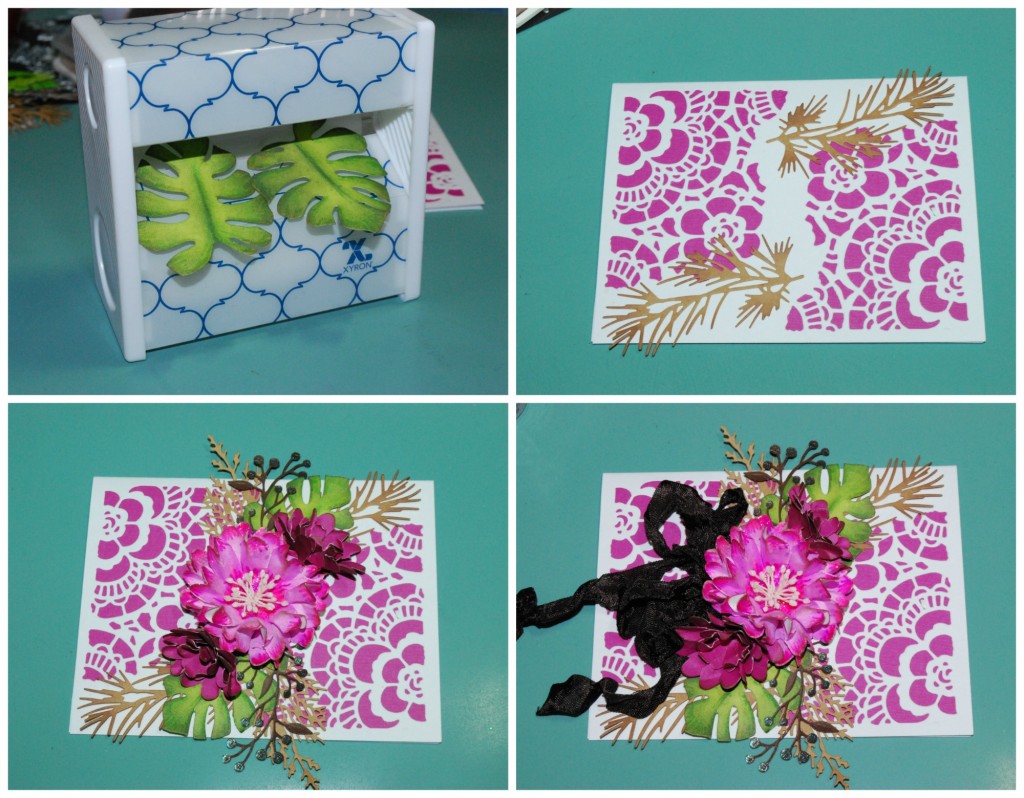 I also glued on a bow made from dark brown crinkle ribbon and a metal embellishment the says "thanks".

And here is my finished card... 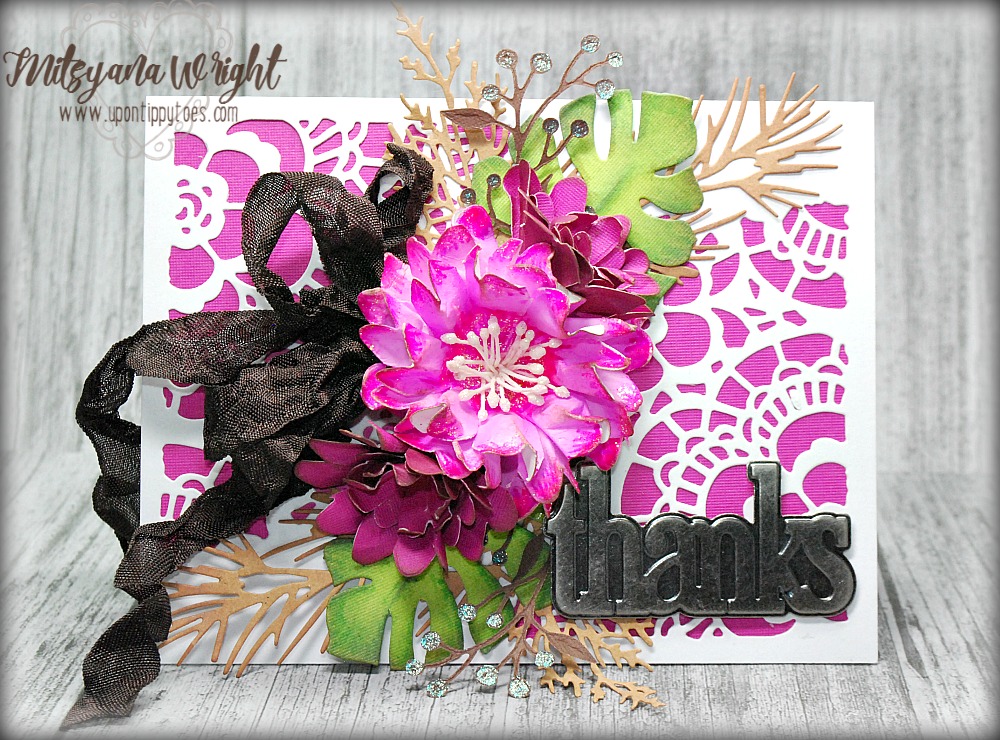 I absolutely love the way this card turned out! I'm a born and raised island girl. So this card very much reminds me of home!

I had such a great time making this card! I really hope you enjoyed this tutorial!

Thank you again, Sizzix, for having me!! Or as we say back home... MAHALO!!

12 thoughts on “Blooming with Thanks”