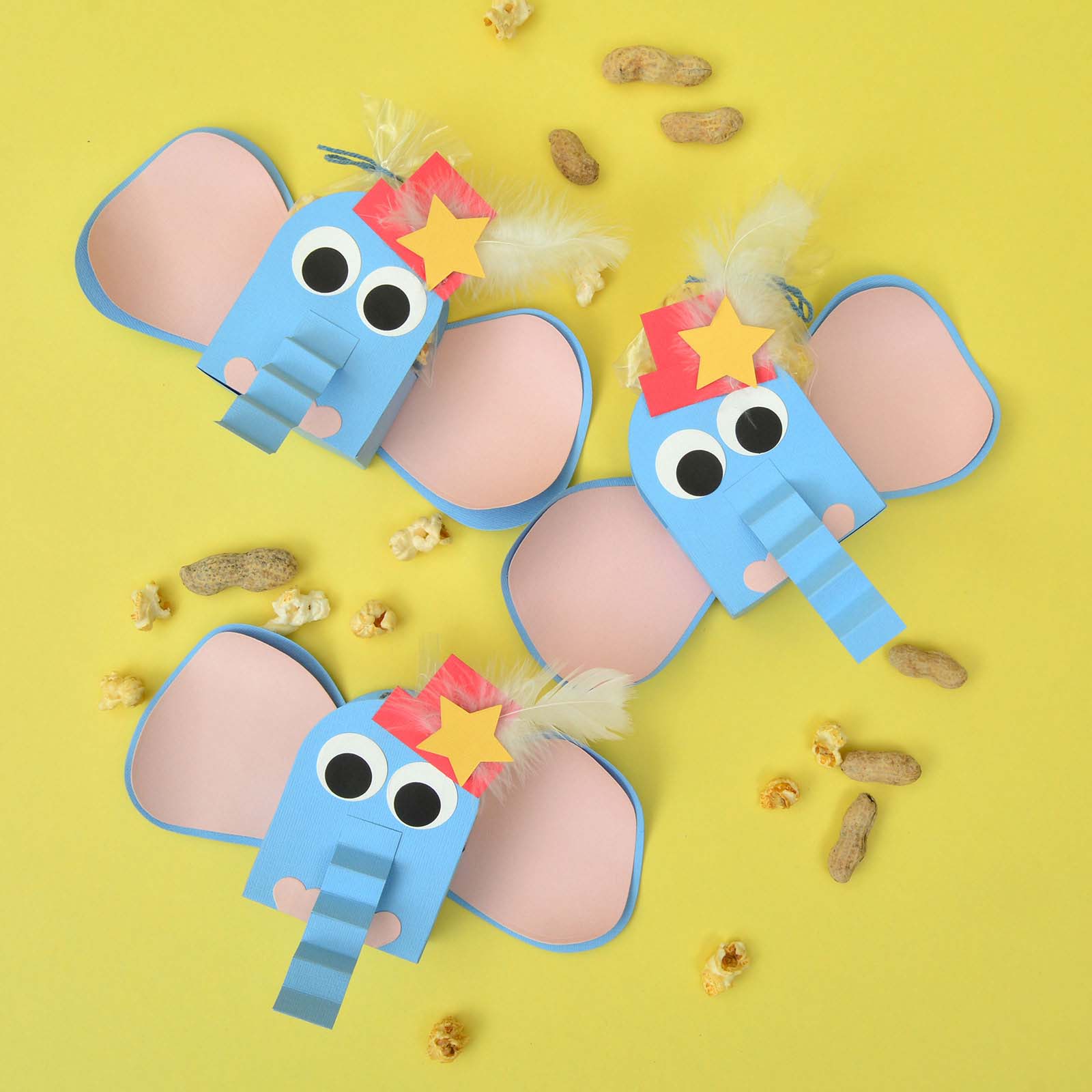 Hi, it’s Suzanne from Sizzix. A circus theme party is great for any occasion, and these adorable Elephant Circus Favor Boxes will be the star of the show. These boxes are fun and easy to make using the Animal Box #2 Bigz™ L Die. We’ll also be using the must-have Crease & Curl™ tool to add character and dimension to our elephant’s ears. 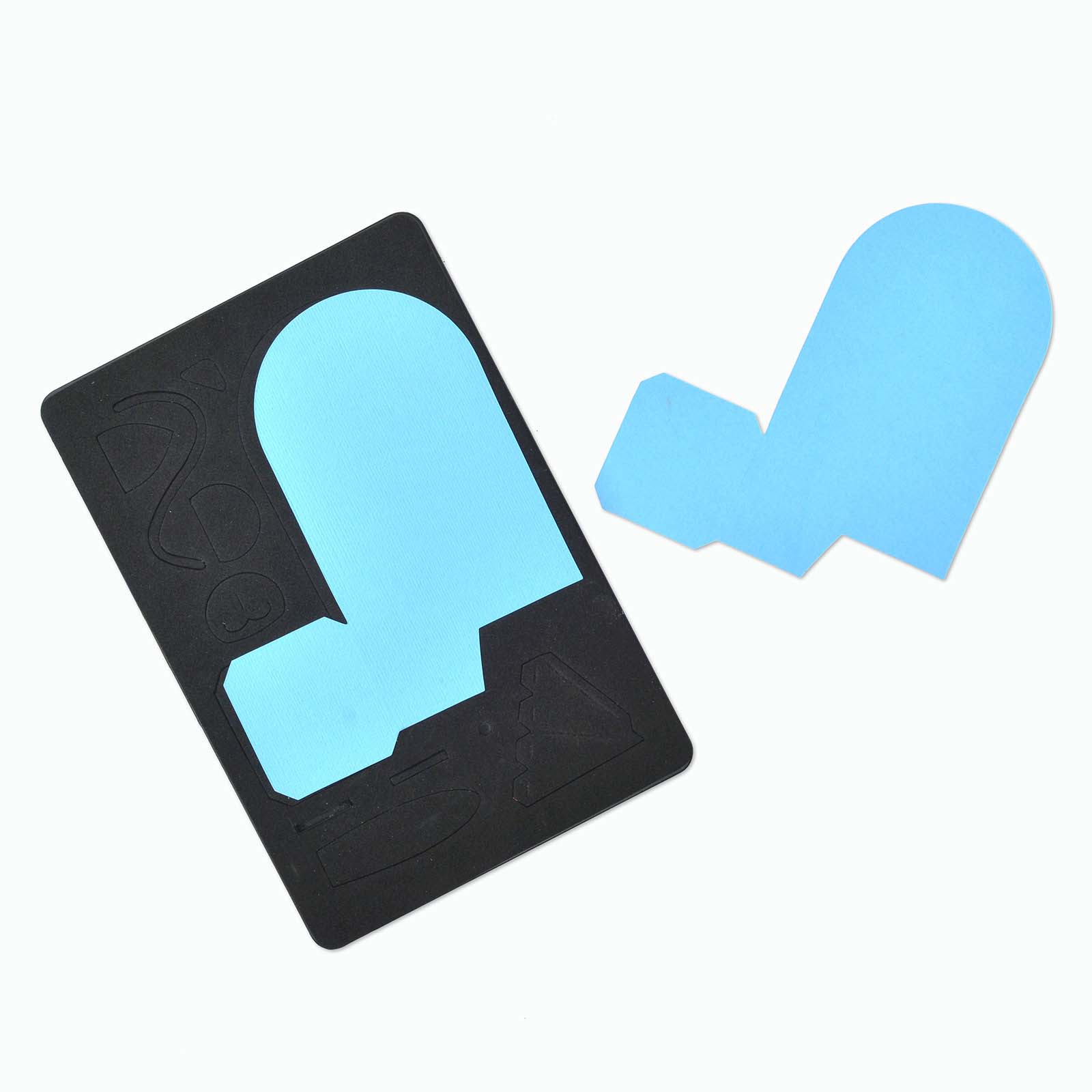 Die-cut two of the box shapes from the Animal #2 die out of blue cardstock. 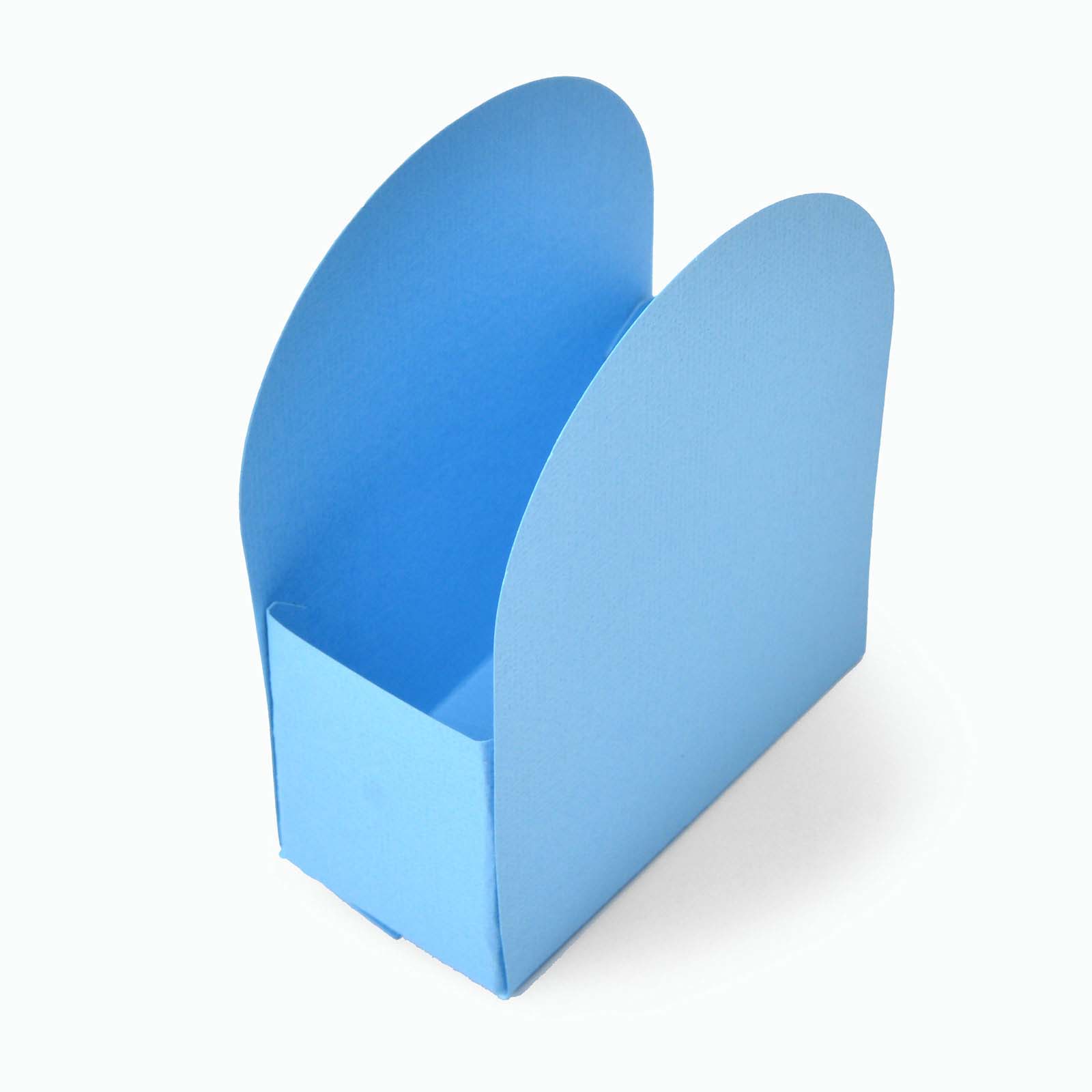 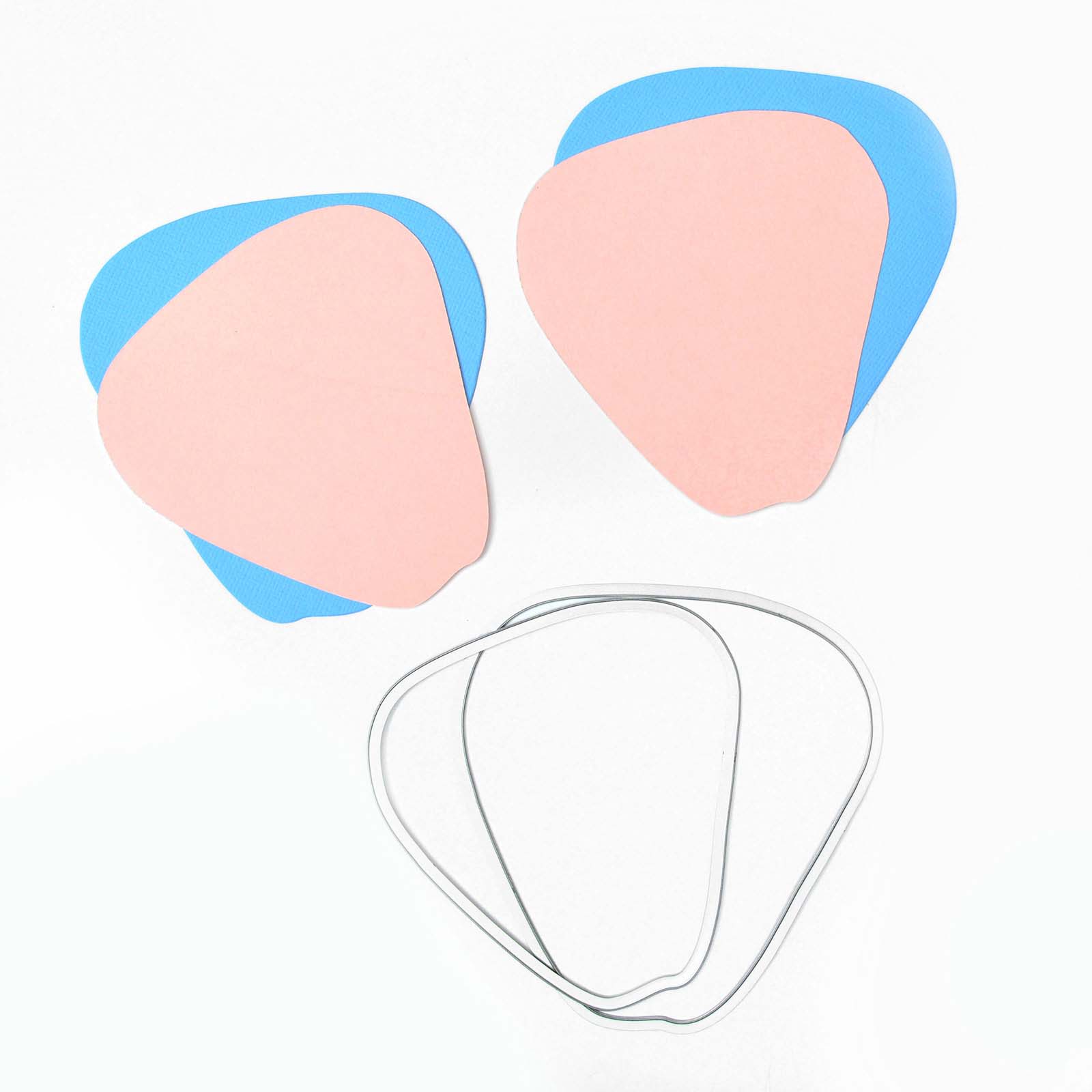 Die-cut the large strawberry from the Strawberry Fold-its set out of blue cardstock.

Die-cut the small strawberry from the Strawberry Fold-its set out of pink cardstock. 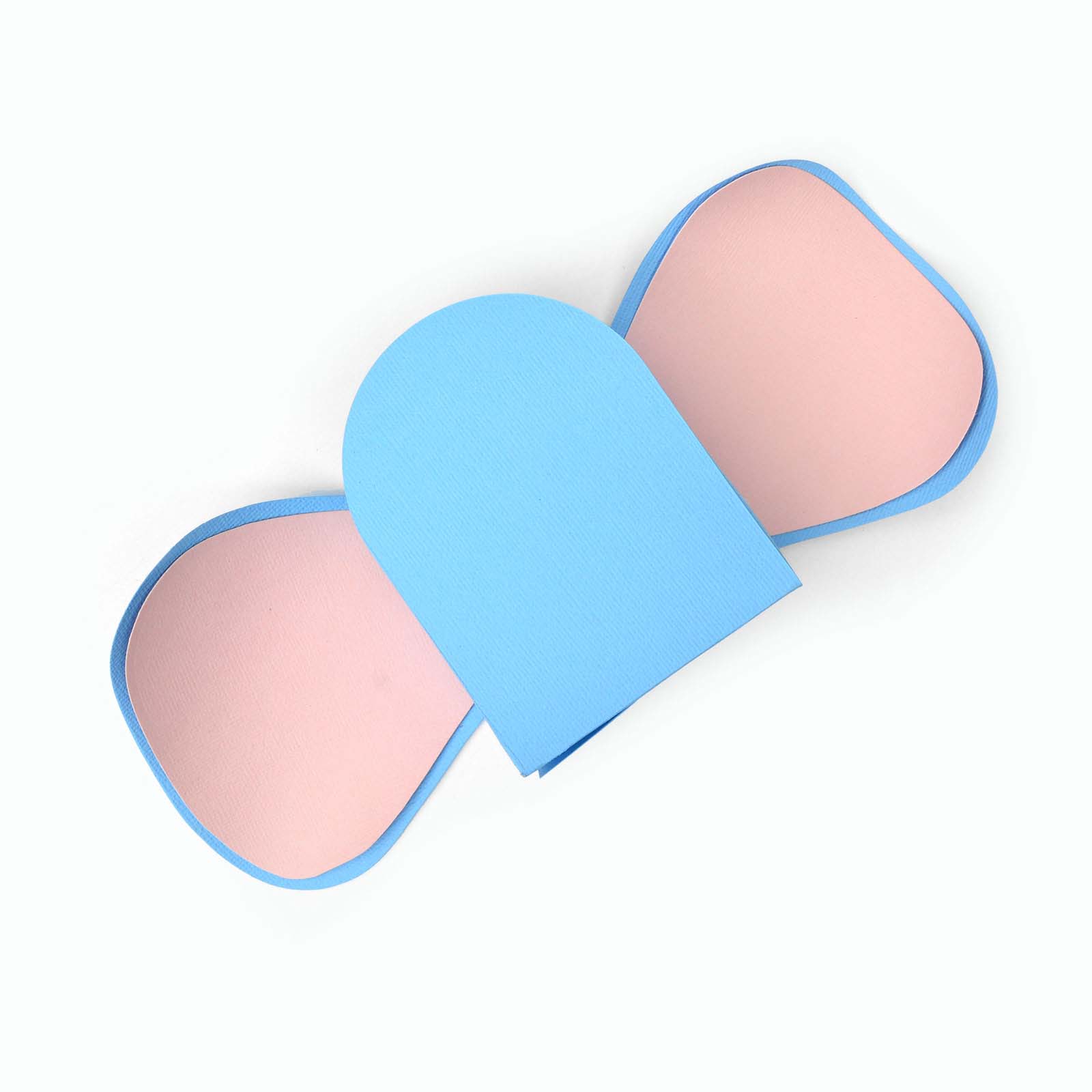 Use the Crease & Curl tool to curl the strawberry die-cuts. Adhere the two layers together to make the elephant’s ears, and adhere to the back of the favor box.

Die-cut two small hearts from the Hearts die set out of pink cardstock. 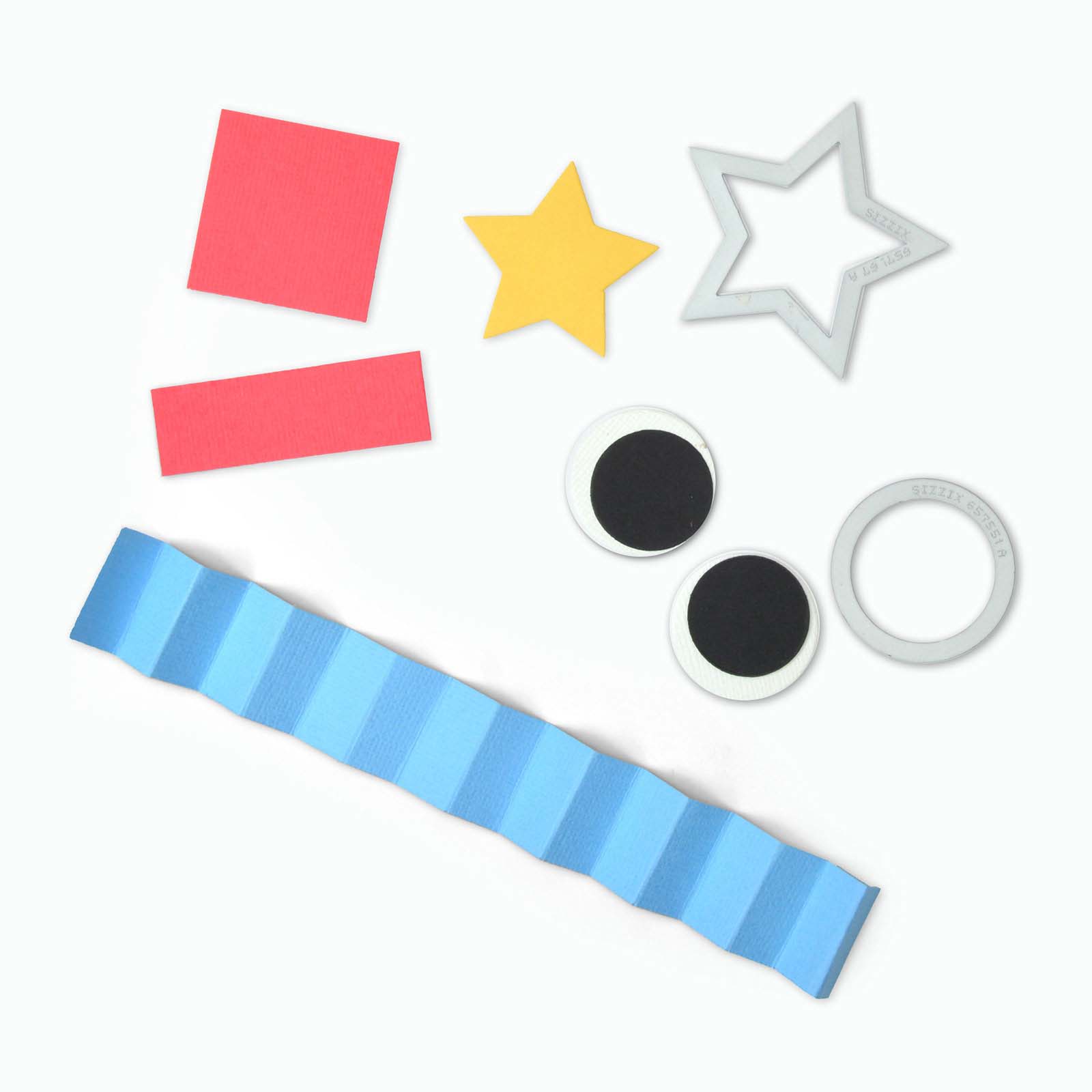 Die-cut two of the 1 1/2" circle from the Circles die set out of white cardstock.

Die-cut two of the larger circle from the Birthday Shadowbox out of black cardstock.

Adhere the black circles to the white circles with liquid adhesive to make the elephant’s eyes. Adhere to the front of the favor box.

Cut out a 1" x 4" strip of blue cardstock. Use the scoring board and bone folder to score along this strip of cardstock every 1/2". 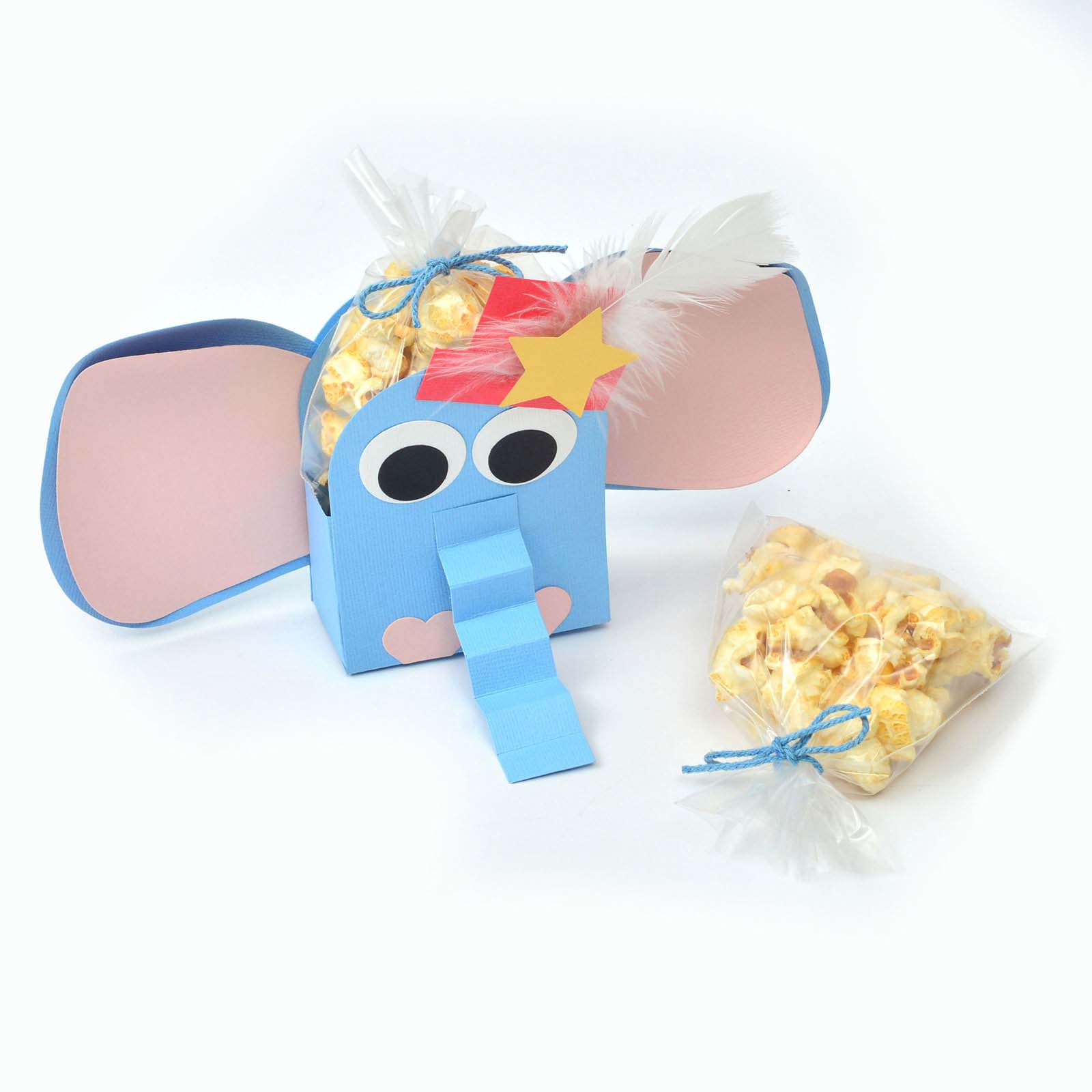 Adhere one end of this strip to the center of the box to make the elephant’s trunk.

Cut out a 1 1/2" square and a 1" x 2 1/4" strip of red cardstock. Adhere these pieces together to create the elephant’s hat. Adhere at an angle to the upper right-hand side of the box.

Adhere the feather to the hat with hot glue.

Adhere the star to the feather with foam adhesive. 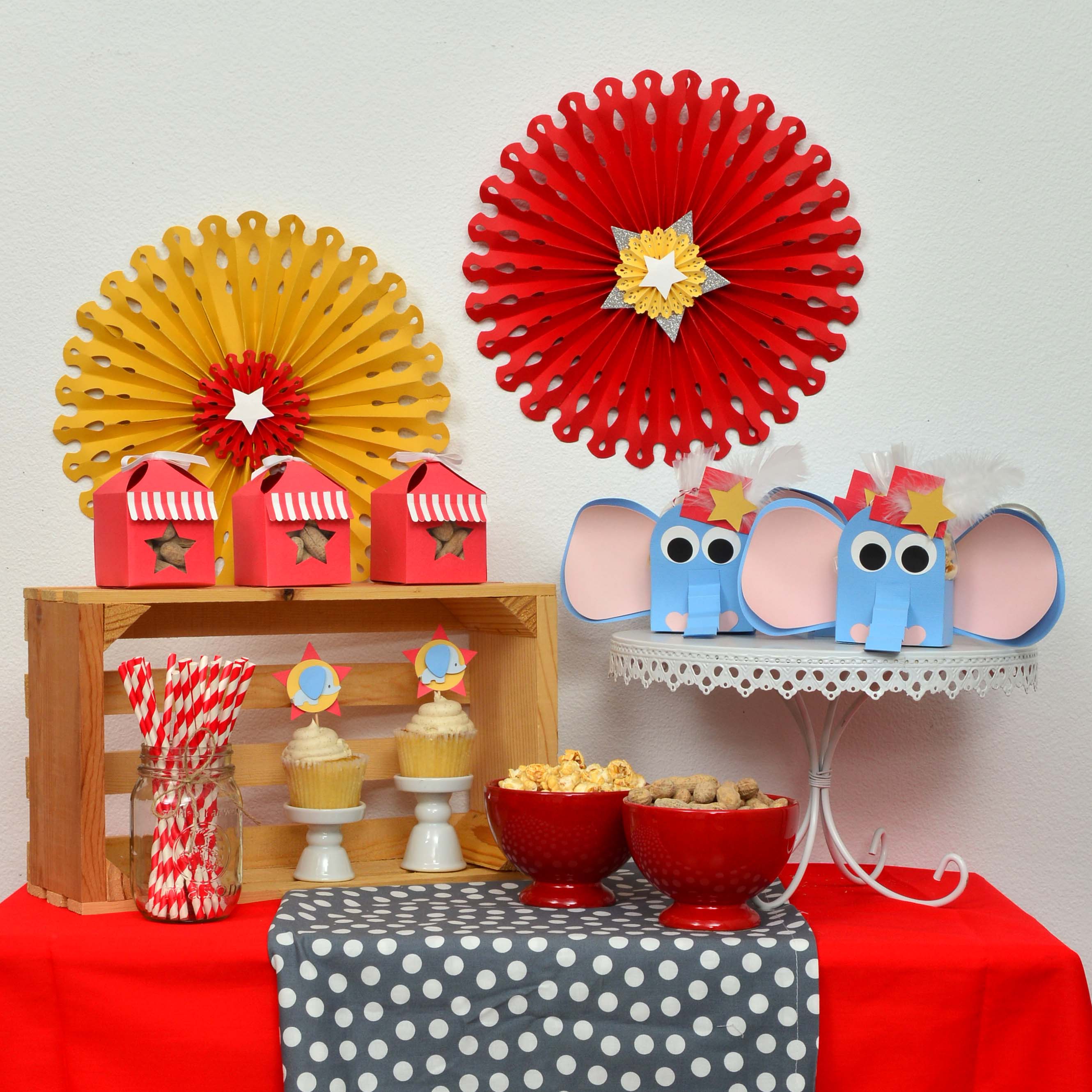 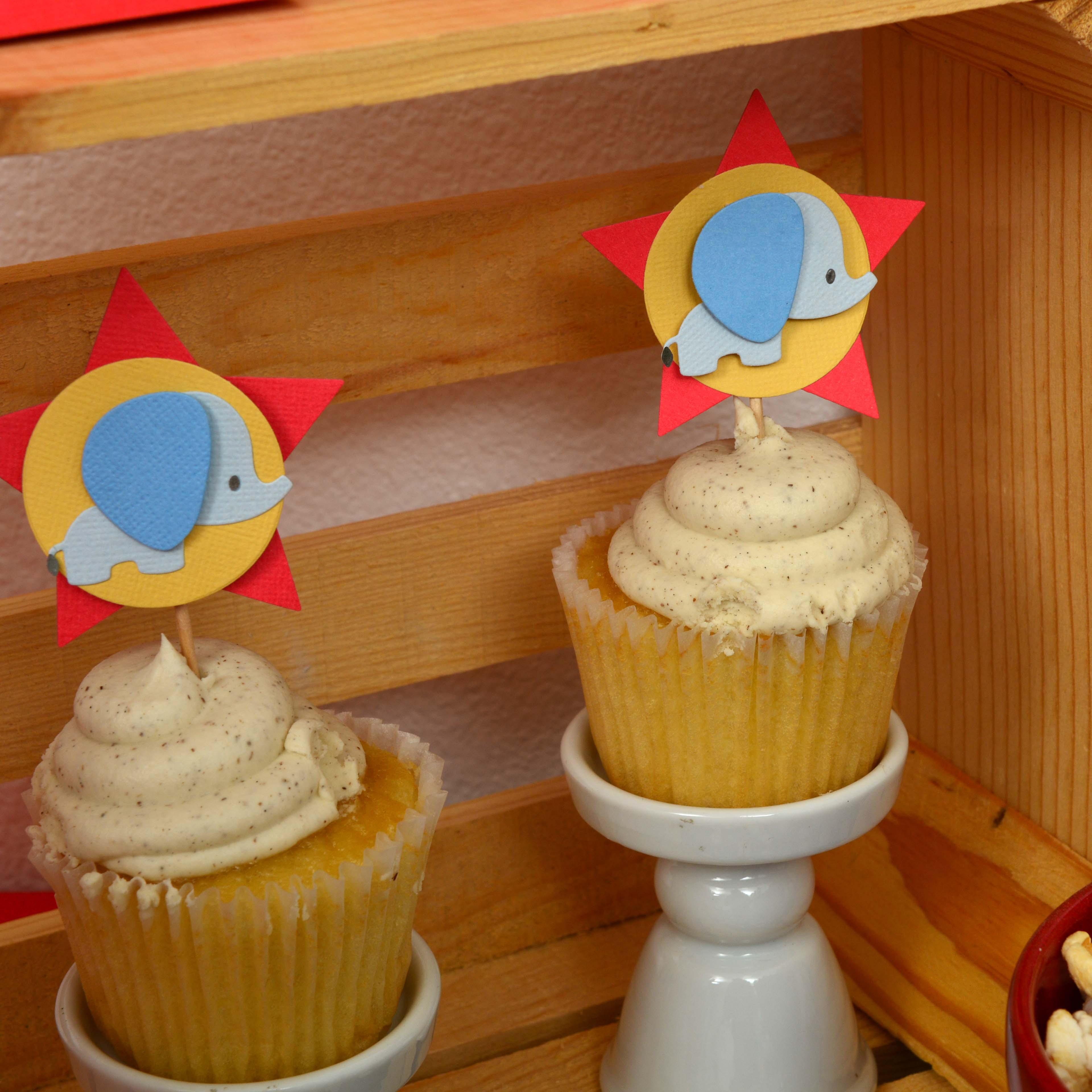 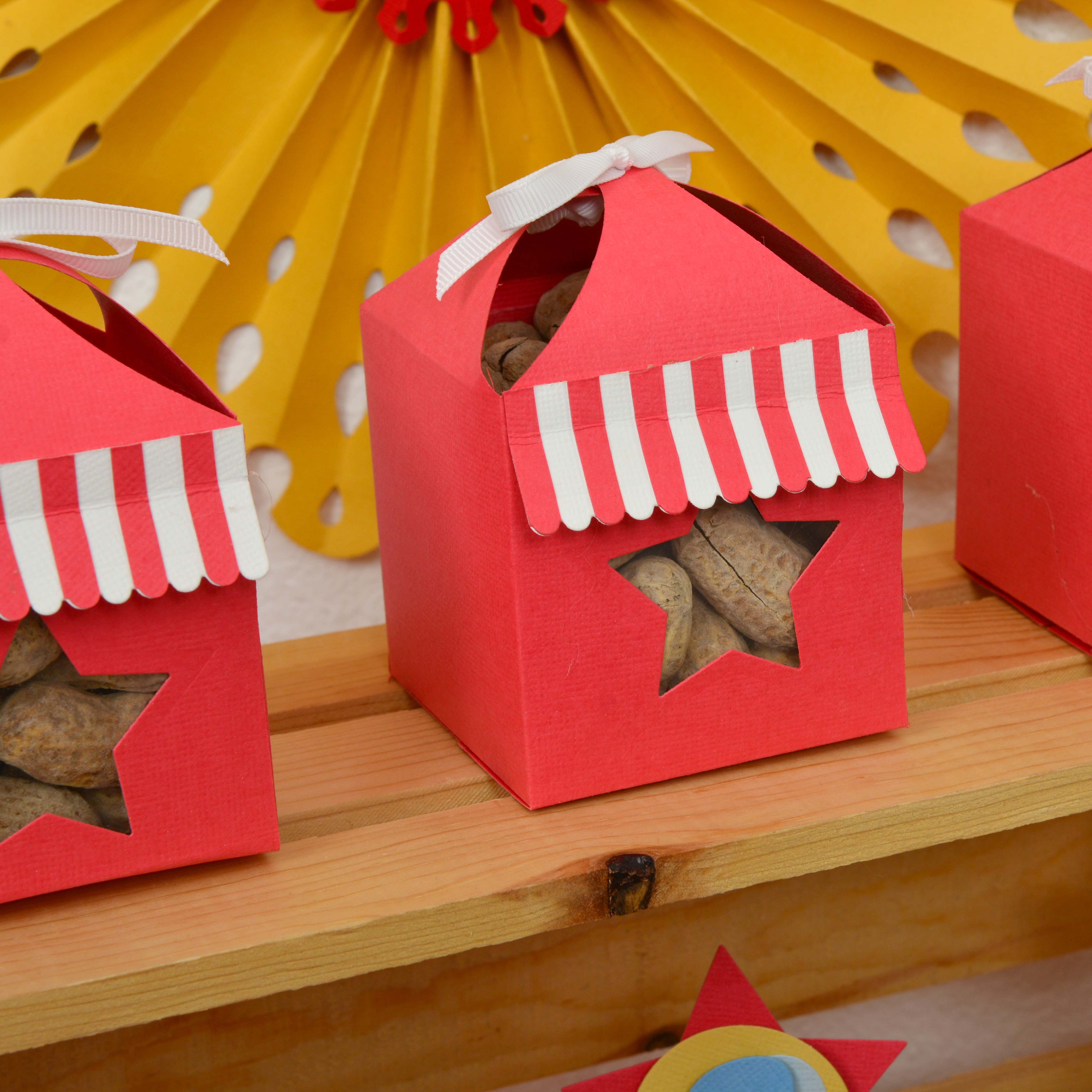 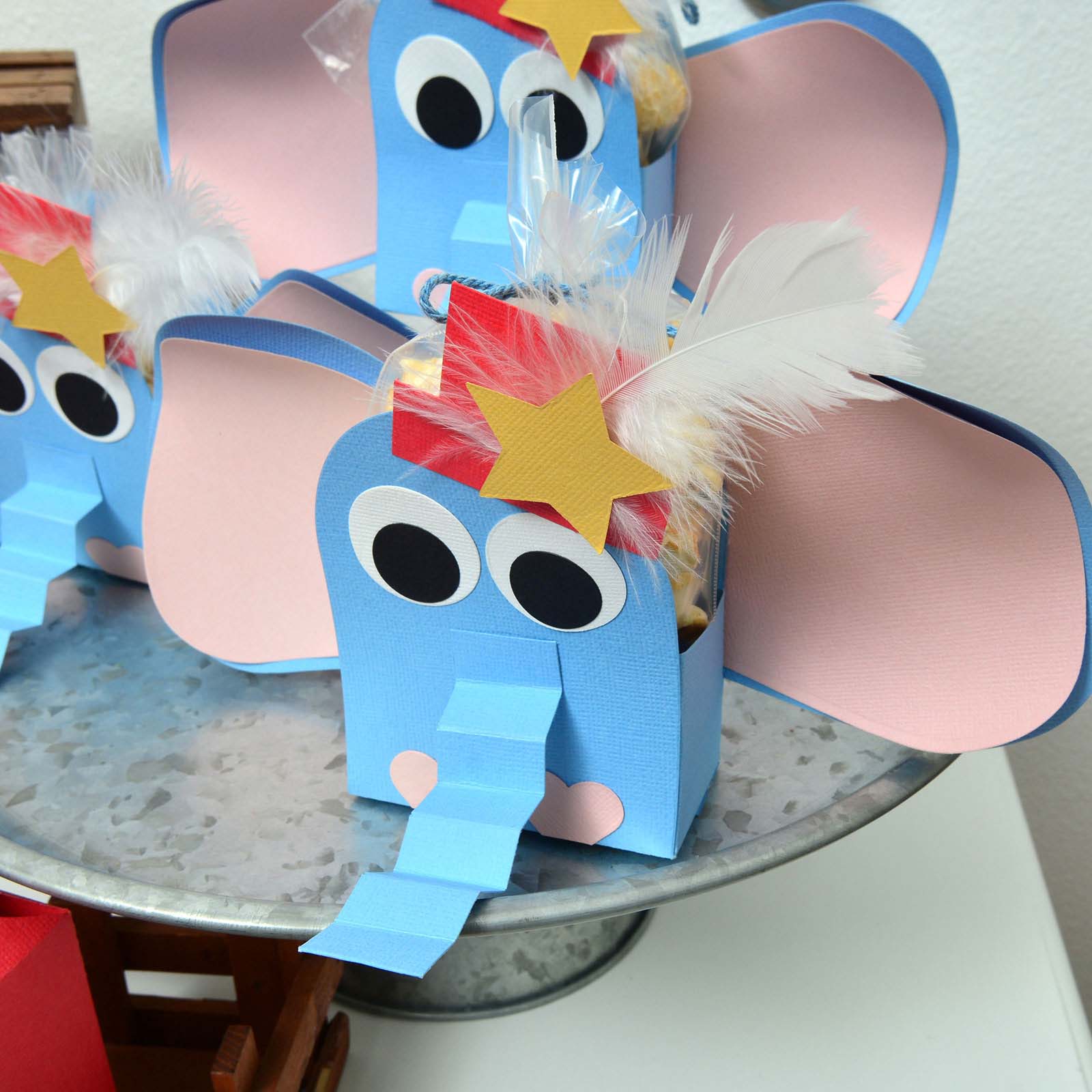 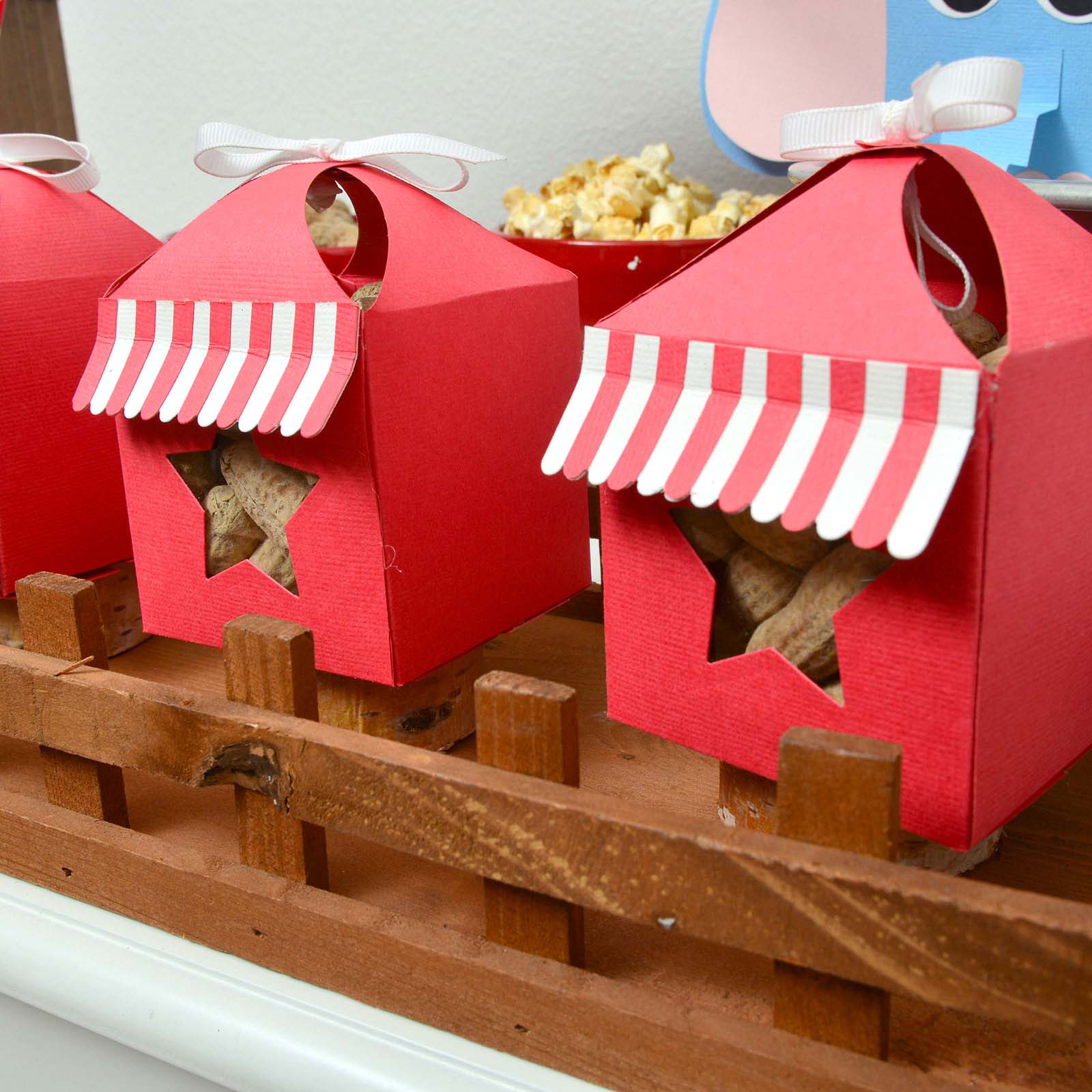 I hope you give these party favor boxes a try. This die can make favors for so many different party themes—it is an essential just for the base alone. Simply adding a pleated strip of cardstock for his nose gives this elephant character! Add a feather to his hat and you’re ready for one of the greatest parties on earth.