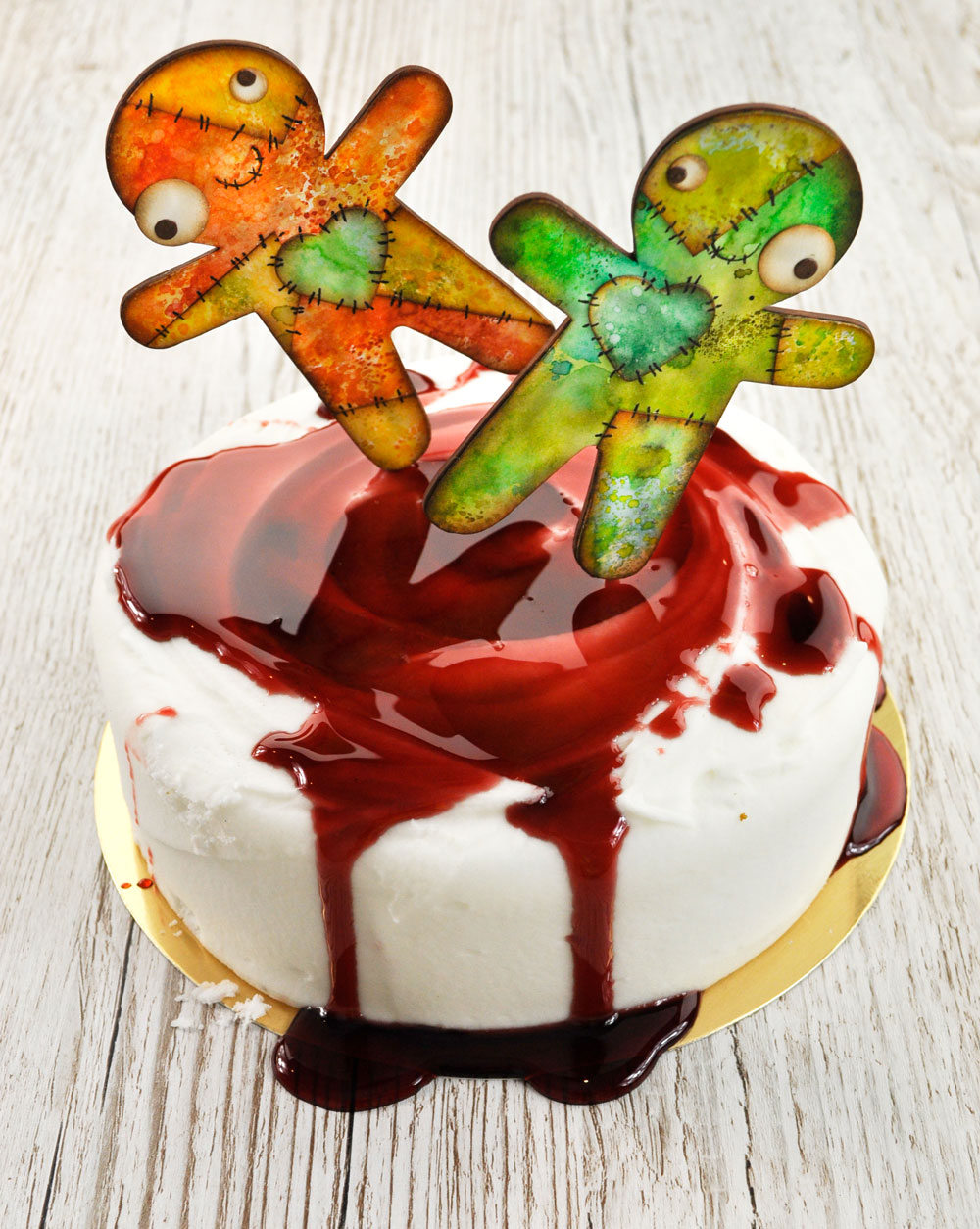 I was looking through our catalogue at the fabulous array of new Halloween dies and in truth, I was spoiled for choice. I wanted to make some cake toppers because Halloween is a great time for baking (any excuse!). As I'm flipping the pages, my eye rests upon the Gingerbread House die which I had so much fun with recently making an interactve diorama.

That's when inspiration struck! what could be more natural than taking one of the cutest, most harmless little characters and turning it into a zombie? 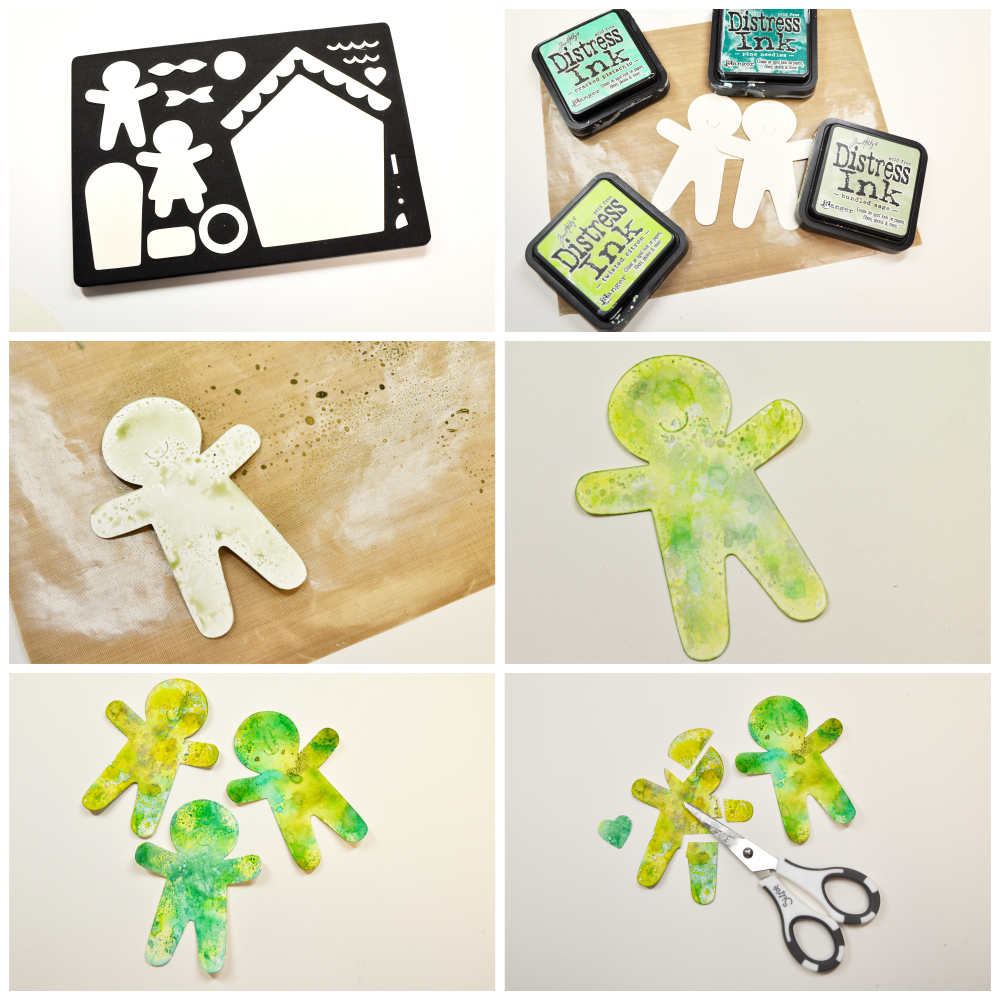 I started by die-cutting several gingerbread men from white card. Next I chose a selection of a selection of Distress Inks from the green end of the spectrum. After applying the ink pad directly onto the craft mat I spritzed the ink with water and placed the card directly into the ink. it's good to vary the amount of spritzed water you apply to achieve different effects. After repeating this with several colours  I created two further gingerbread men.

After choosing one of the gingerbread men as a base, I cut the others up using scissors to create a zombie collage!

Before assembling the various 'body parts' I used Walnut stain Distress Ink around the edges to create a little extra contrast. 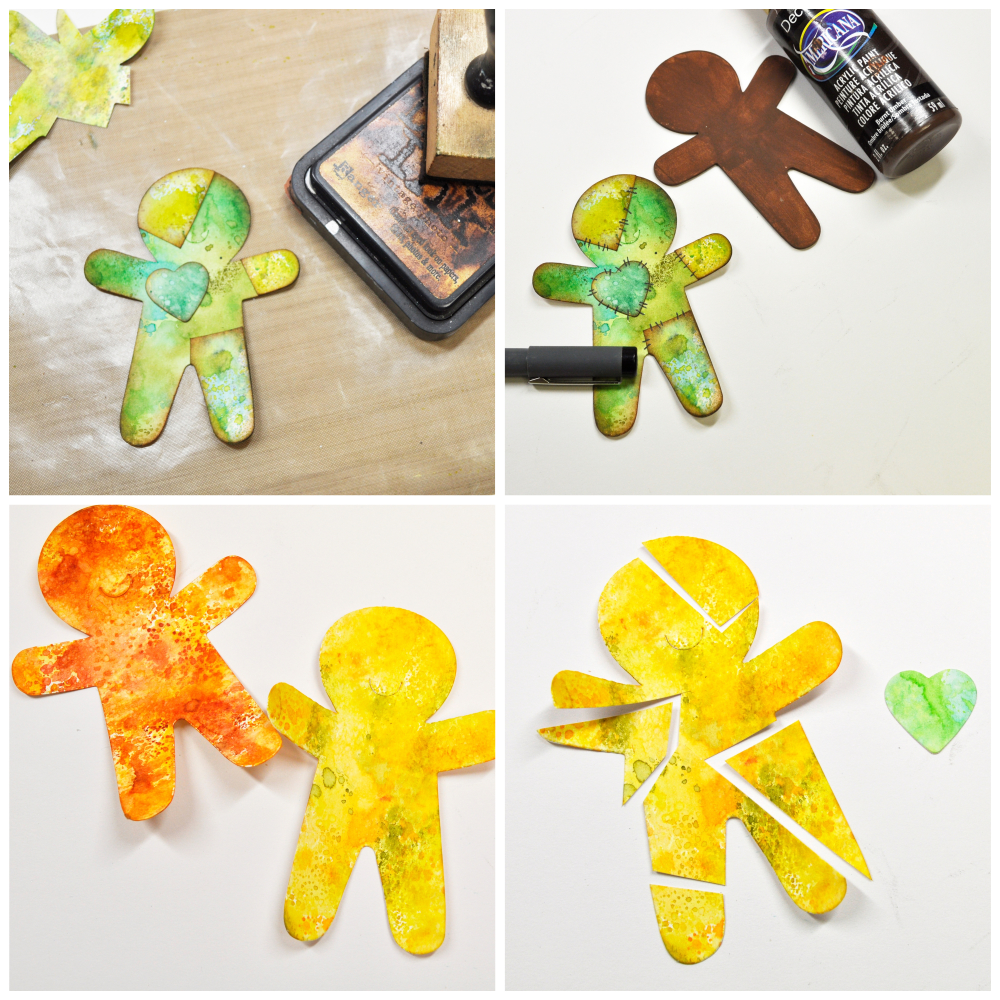 I used the heart from the main die also before piecing my 'zombie' together, next I used a fine black marker to create the stitched effect. After cutting a gingerbread man from greyboard I painted it dark brown before mounting onto the rear of the assembled zombie. Next I repeated all of the steps to create another zombie from the orange/yellow area of the distress Ink spectrum. 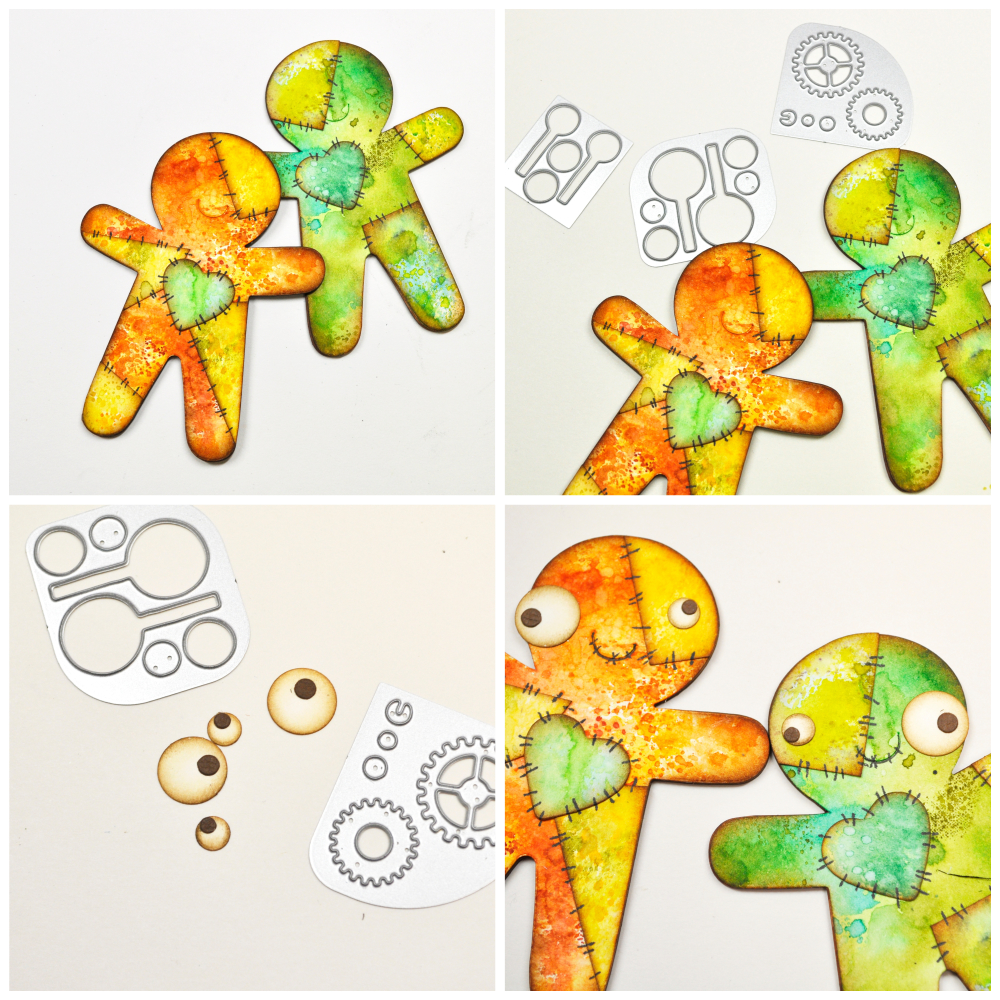 To create the eyes I used some of the circles from the Robotic set (you may already have a set with various small circles in it).

Once the zombies were assembled I trimmed down some barbecue skewers before attaching to the rear of one of the legs to allow me to insert them into my chosen cake.

The blood is fake and edible... Don't ask me how to make it though! there are dozens of recipes on-line, each one different!

Thanks for stopping by, see you again soon and Happy Halloween!

This entry was posted in Uncategorized and tagged papercraft, Sizzix, Halloween on Oct 28, 2019 by bjones. ← Previous Post Next Post →