Hello Crafters, it's Aida here with a Hello Tri-Fold Card using the gorgeous Sizzix Thinlits Mixed Media #5 Die Set. The set comes with three beautiful dies you are going to want because of their endless design possibilities! For this card, I decided to put the script title "Hello" on the inside to avoid cluttering the floral design of the card front. Crafters often worry about not having enough time to create a card that is pretty enough. Well, today I'd like to show you how you can make a quick card that still looks elegant and timeless. 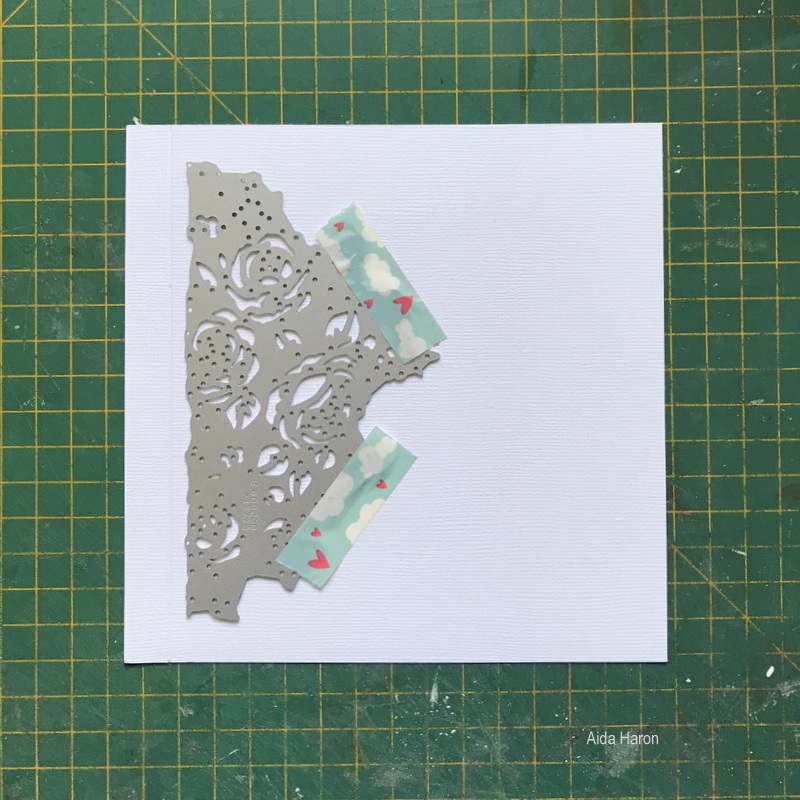 1. You will need two pieces of 6" square White cardstock. On each piece score on the left, 1/2". This is very important: lay the Thinlits Rose Die slightly off to the right of the score line. Roll through your Big Shot Machine with the Chrome Precision Base Plate for Intricate Thinlits Dies. 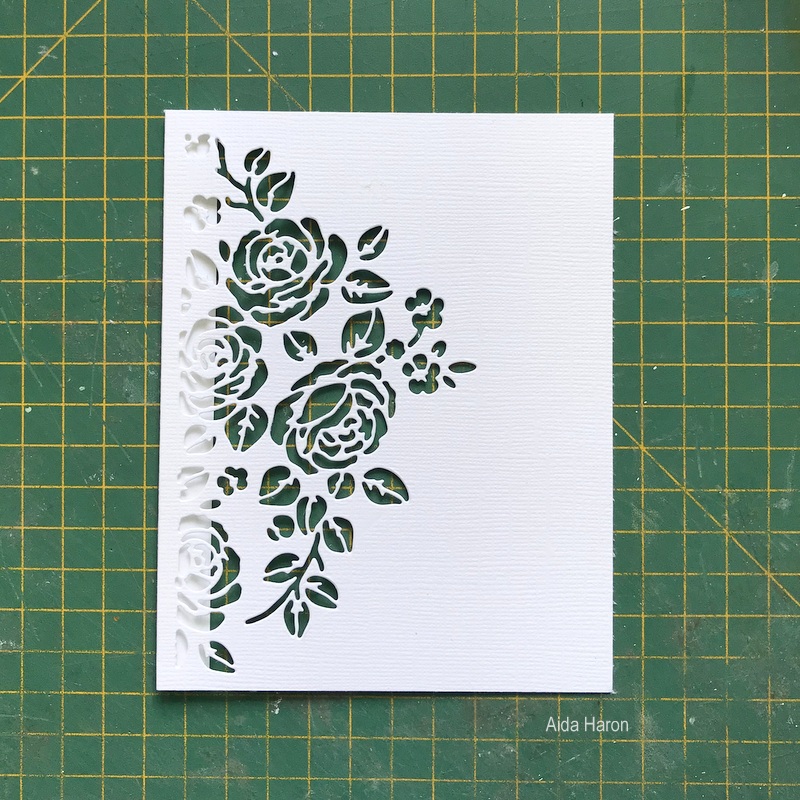 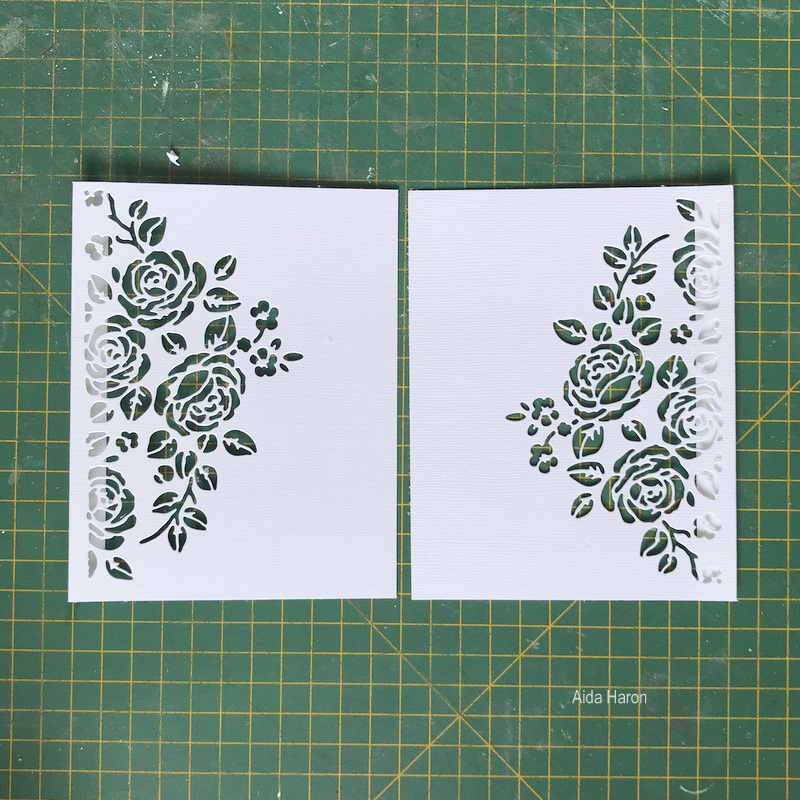 3. This is how the two pieces should look next to each other with both the 1/2" folded flaps underneath. 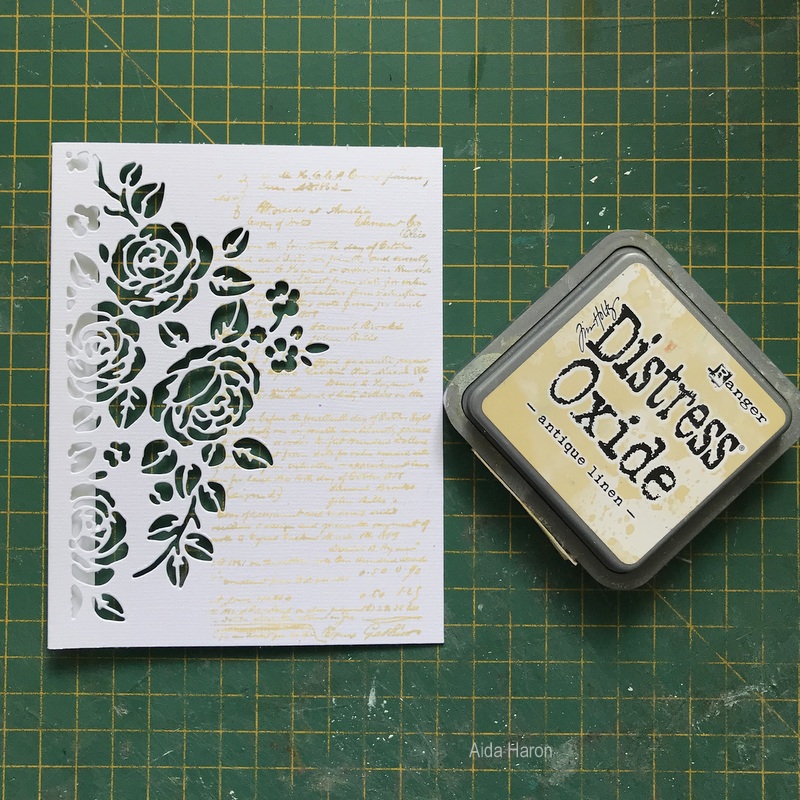 4. Stamp a script image on the empty portion of both pieces using the Distress Oxide Antique Linen Ink Pad. When stamping, make sure the script is the right way up. 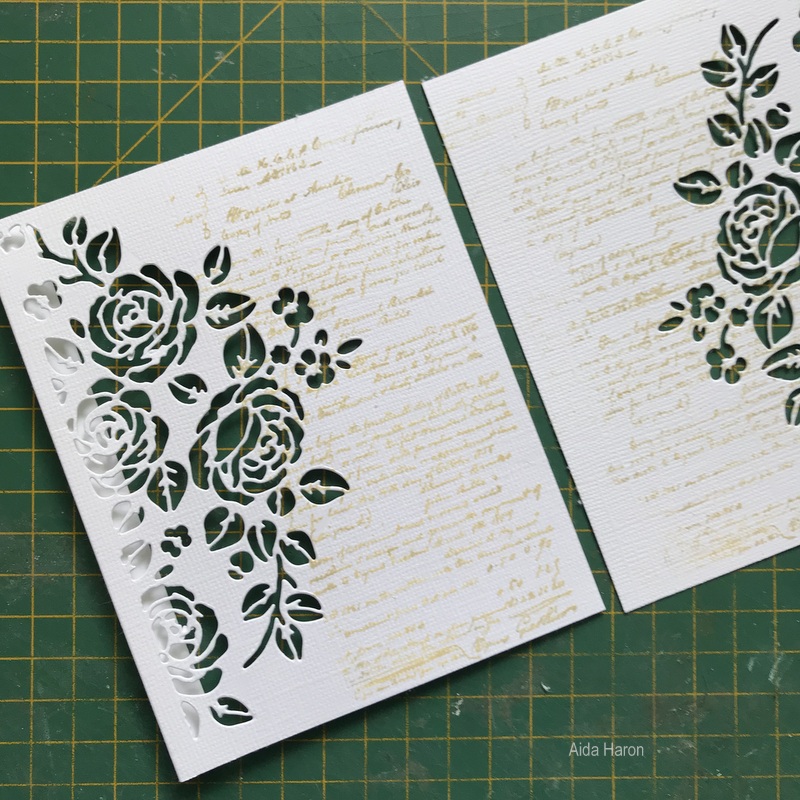 5. You can see how the stamping looks for both pieces. 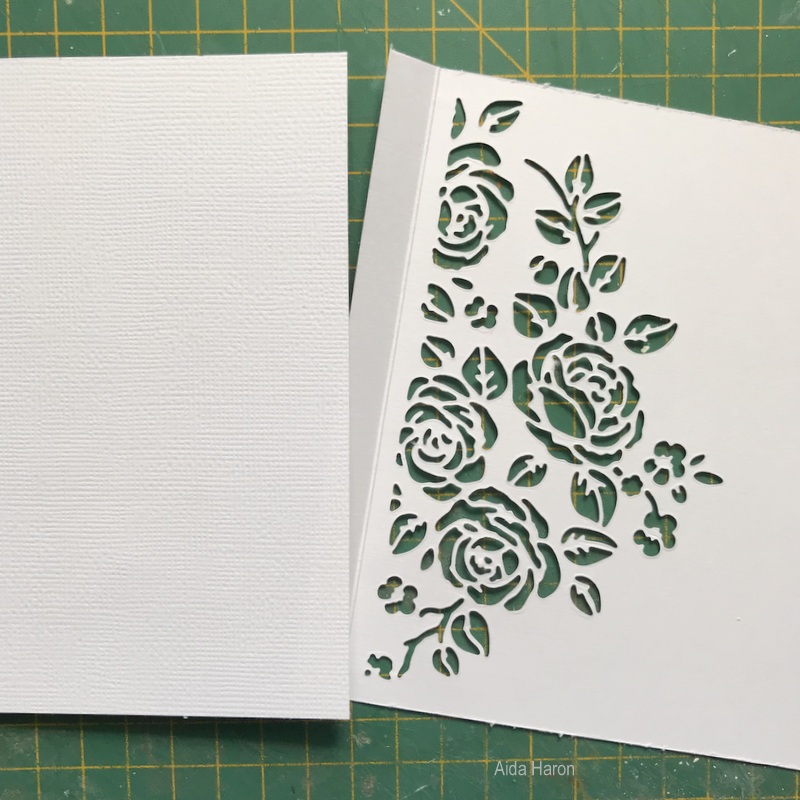 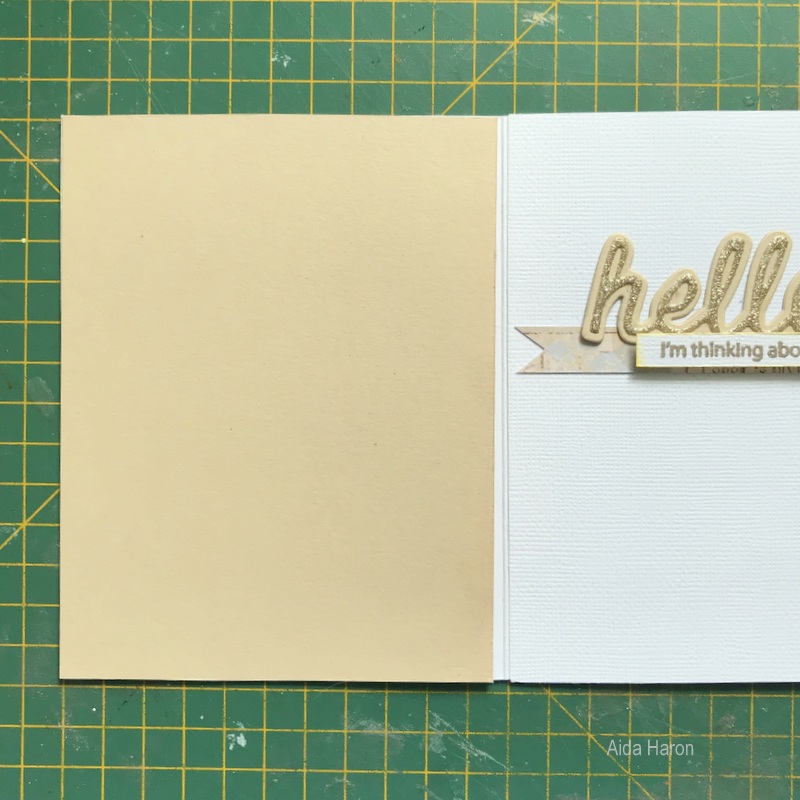 7. Trim two pieces of Kraft cardstock to 5 1/2" x 4 1/4" and adhere to the back of the die-cut pieces. The die-cuts will now have a Kraft backing and the florals can clearly be seen. 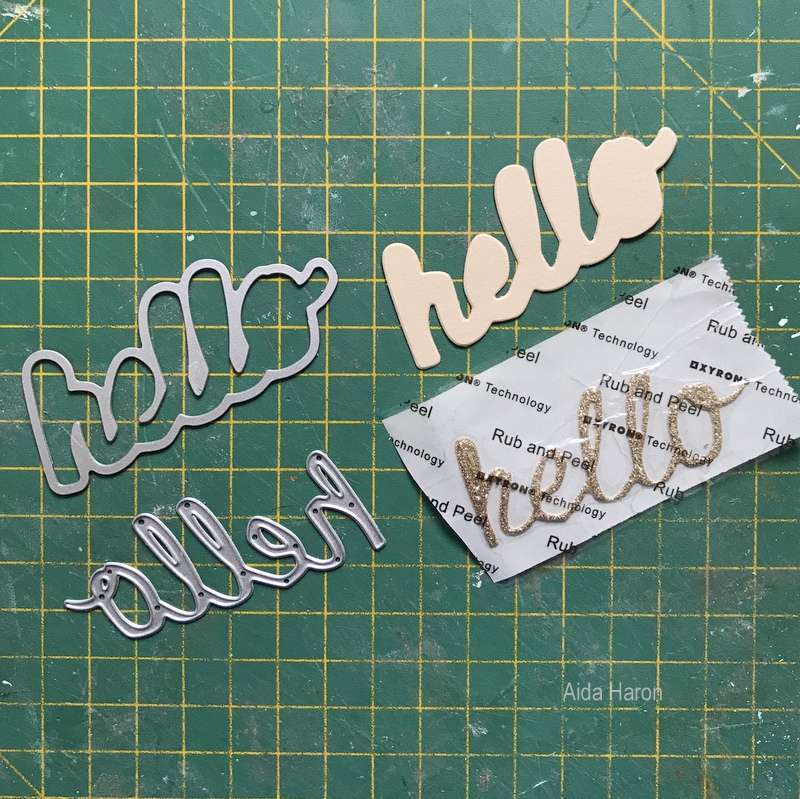 8. I chose the Shadow Script "Hello." It was die-cut with a Kraft cardstock, and the "Hello" in a gold glitter cardstock, which is thicker and adds more dimension. Adhere the glitter "Hello" to the shadow and you can already see how pretty it looks! 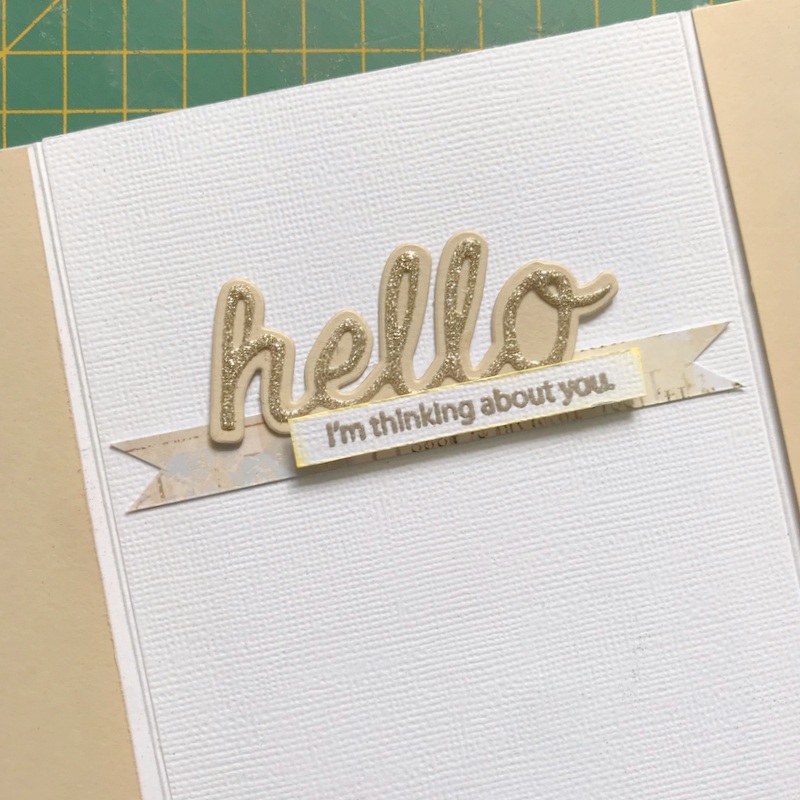 9. Assemble the card center by adhering "Hello" to the middle of the card leaving space for a written message. To avoid the word "Hello" from looking like it's floating, I decided to add a small strip of patterned paper together with the phrase "I'm thinking of you" that's stamped heat embossed. 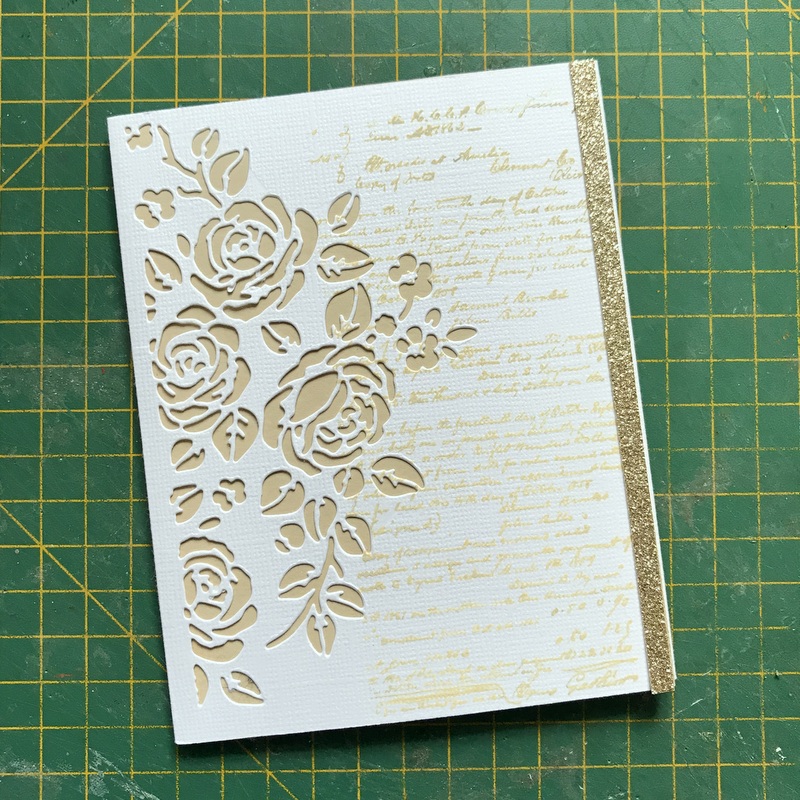 10. On the front of the card, I added a thin strip of gold glitter cardstock to give that little extra zhoosh! It just looks so classy! 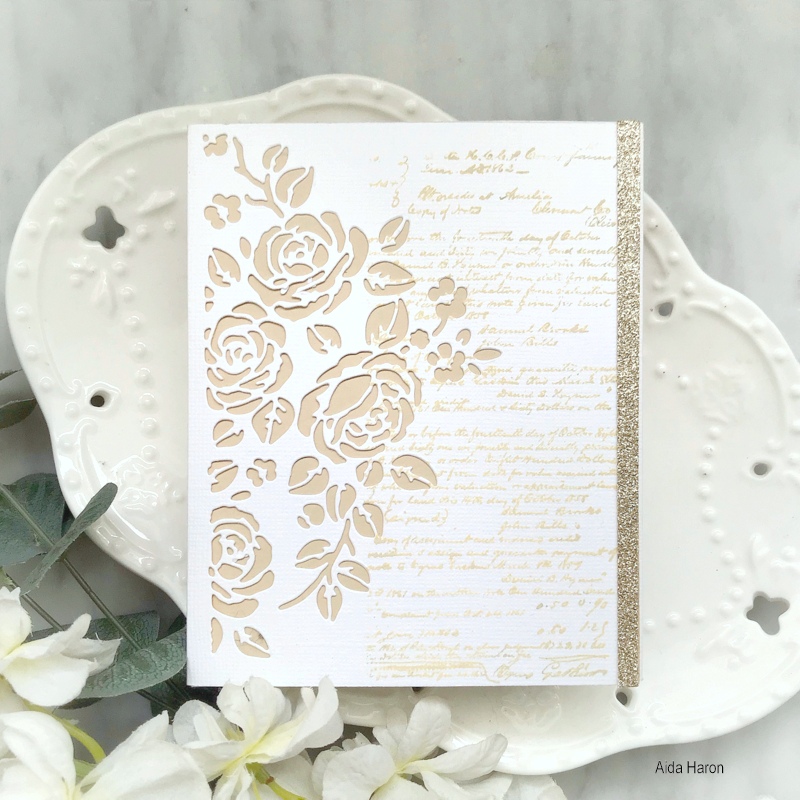 Elegant, timeless cards in soft, neutral colors are wonderful and surely every crafter loves the bonus of the cards that are quick to make! The Thinlits Mixed Media #5 Die Set features 3 different designs so you can make different card designs quite easily, just vary the colors of the cardstock! 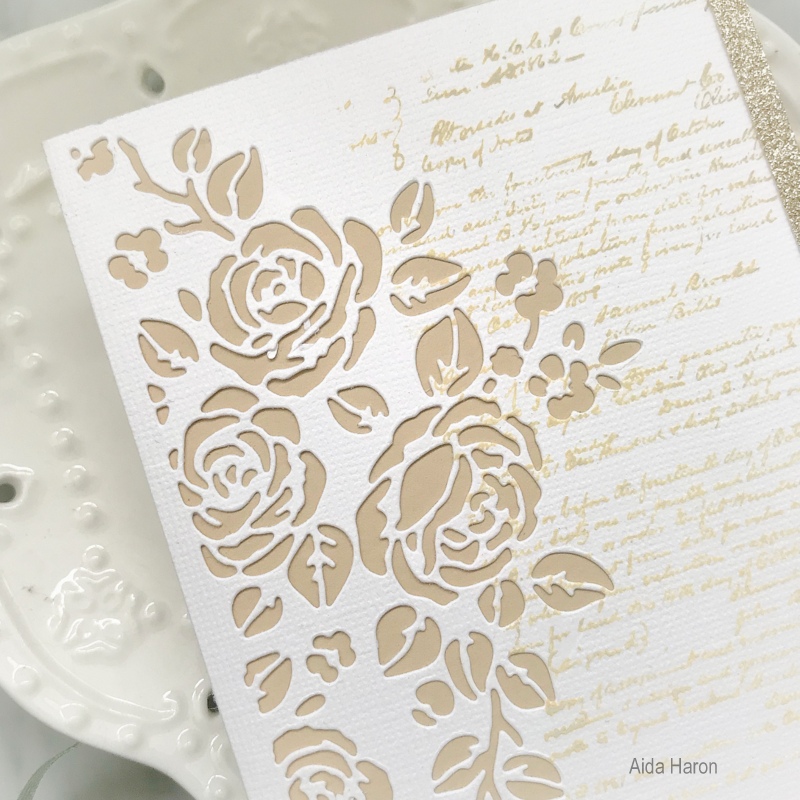 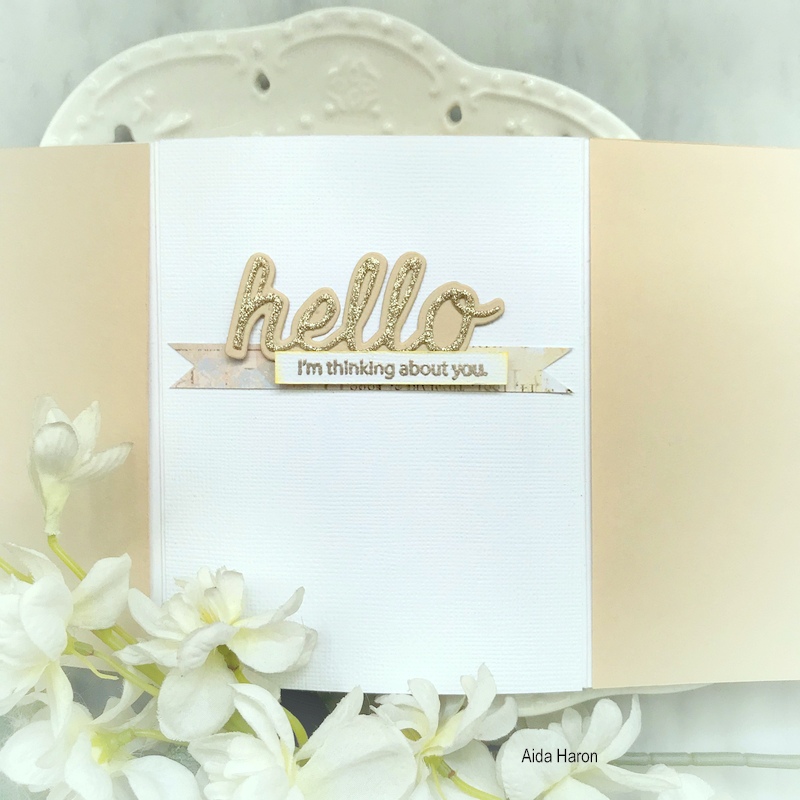 I hope you found this tutorial useful and you will create some of the cards using this idea. Thanks for coming by…I'll see you again soon!

1 thought on "Say Hello With This Sweet Greeting Card!"

*Offer valid for first-time registrants only

You've been added to our mailing list. Be sure to check your email for a special treat.