How To Use The Folk Art Stencil 3 Different Ways! 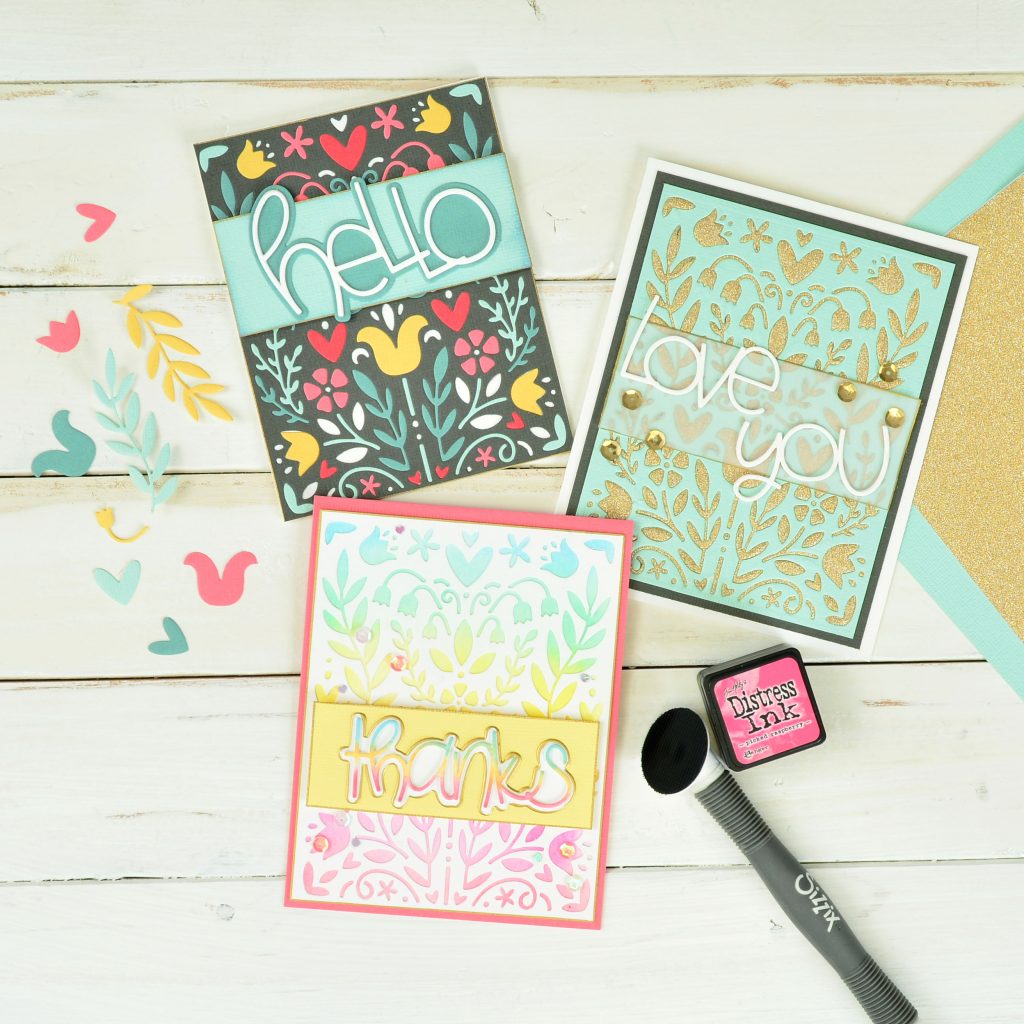 Hi everyone, it's Alexis from the Art Room! This week I wanted to show you three different ways to use our new Chapter Three Folk Art Stencil. I love all of the different making opportunities that this die has to offer. From mixed media backgrounds to paper piecing, the various uses for this particular die set offer a ton of versatility! 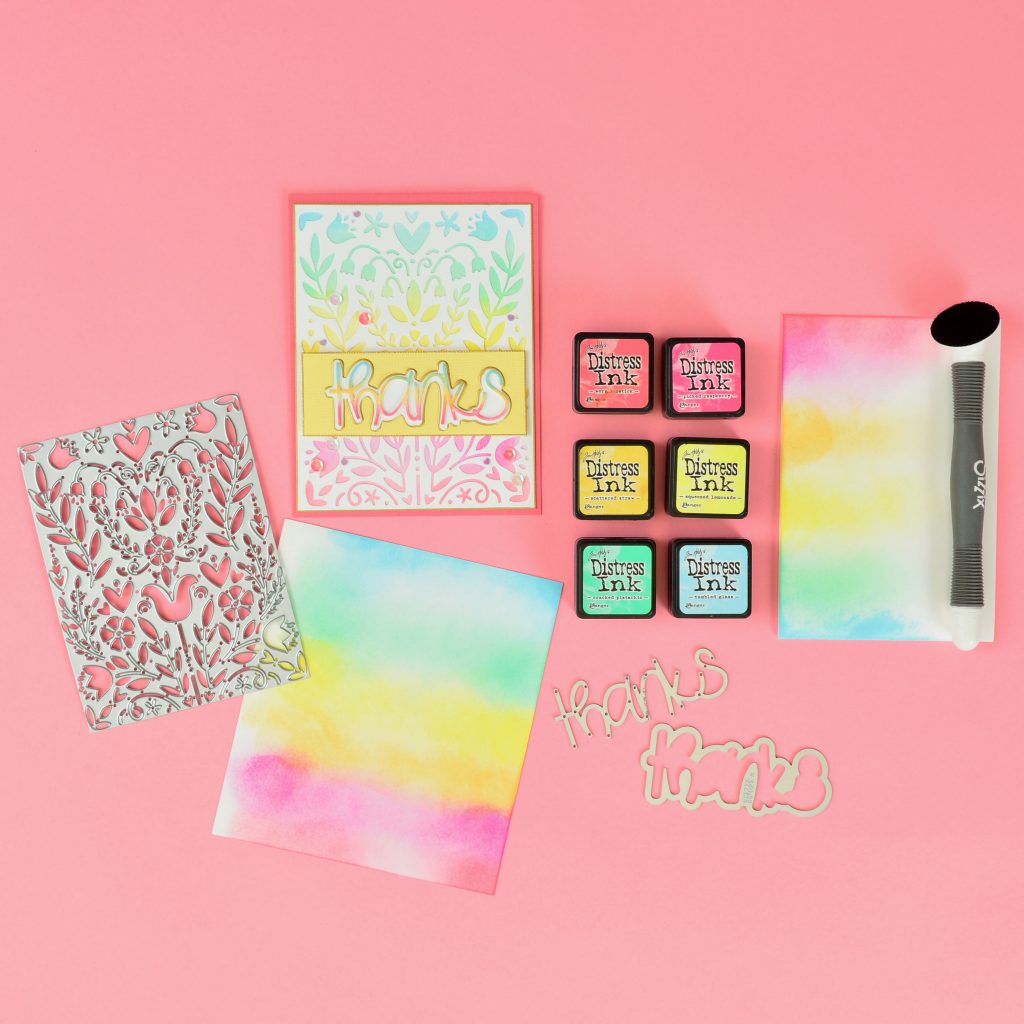 An easy way to make the Folk Art stencil pop is to create a mixed media background to layer behind the stencil. I took a series of Distress™ Inks and blended them onto a piece of white cardstock. I then die-cut the Folk Art Stencil out of white cardstock, trimmed the edges around the design and adhered the white panel on top of the inked background. I adhered both panels to a card base and began to add my finishing touches. 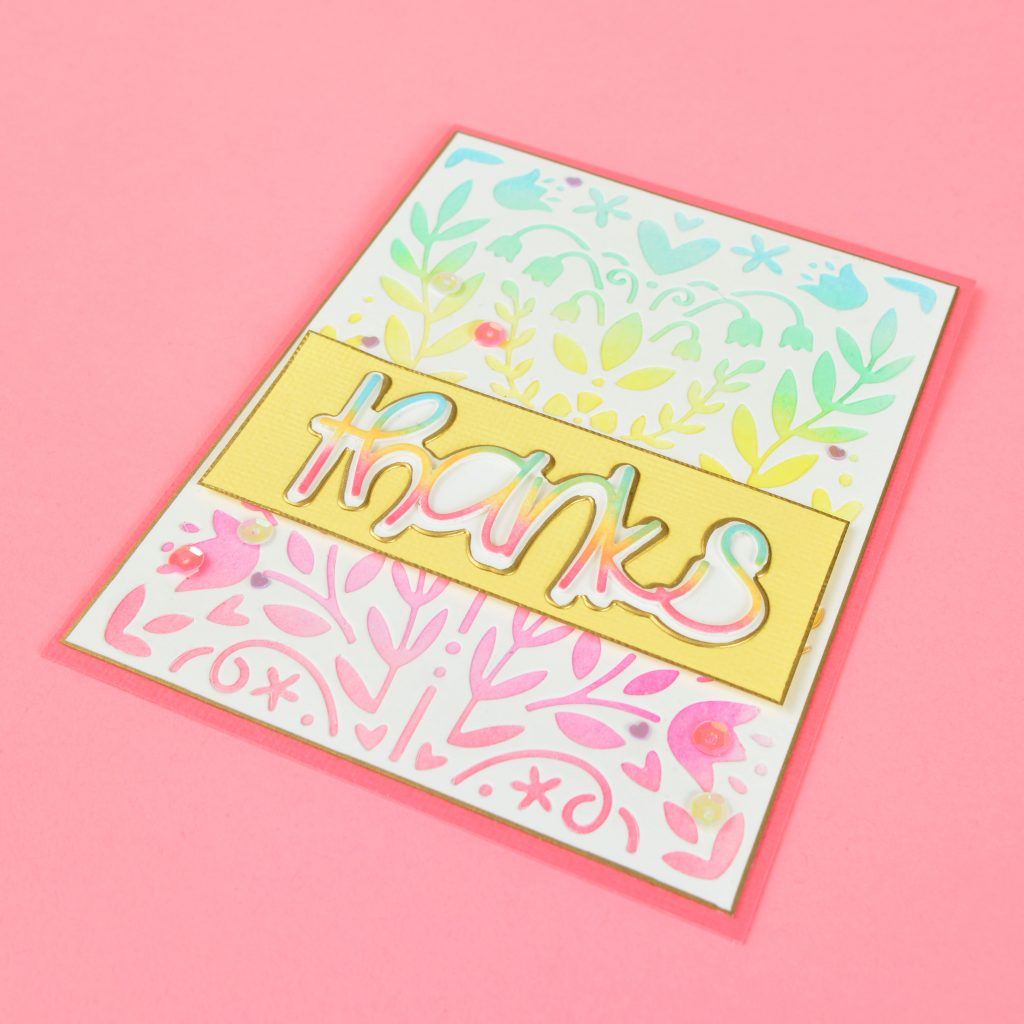 I rounded out the card by stacking the word "Thanks", from the Everyday Sentiments die set, three times and applied an ink pattern that I liked to the top sentiment layer. For the final elements, I used a gold paint pen around the shadow of the sentiment and sentiment panel and adhered a few sequins along the stencil design. Inked panels really make the stencil design pop! You could also try watercolor, alcohol inks or permanent blending markers to create your own unique backgrounds.

Embossing with the Emboss & Transfer Set 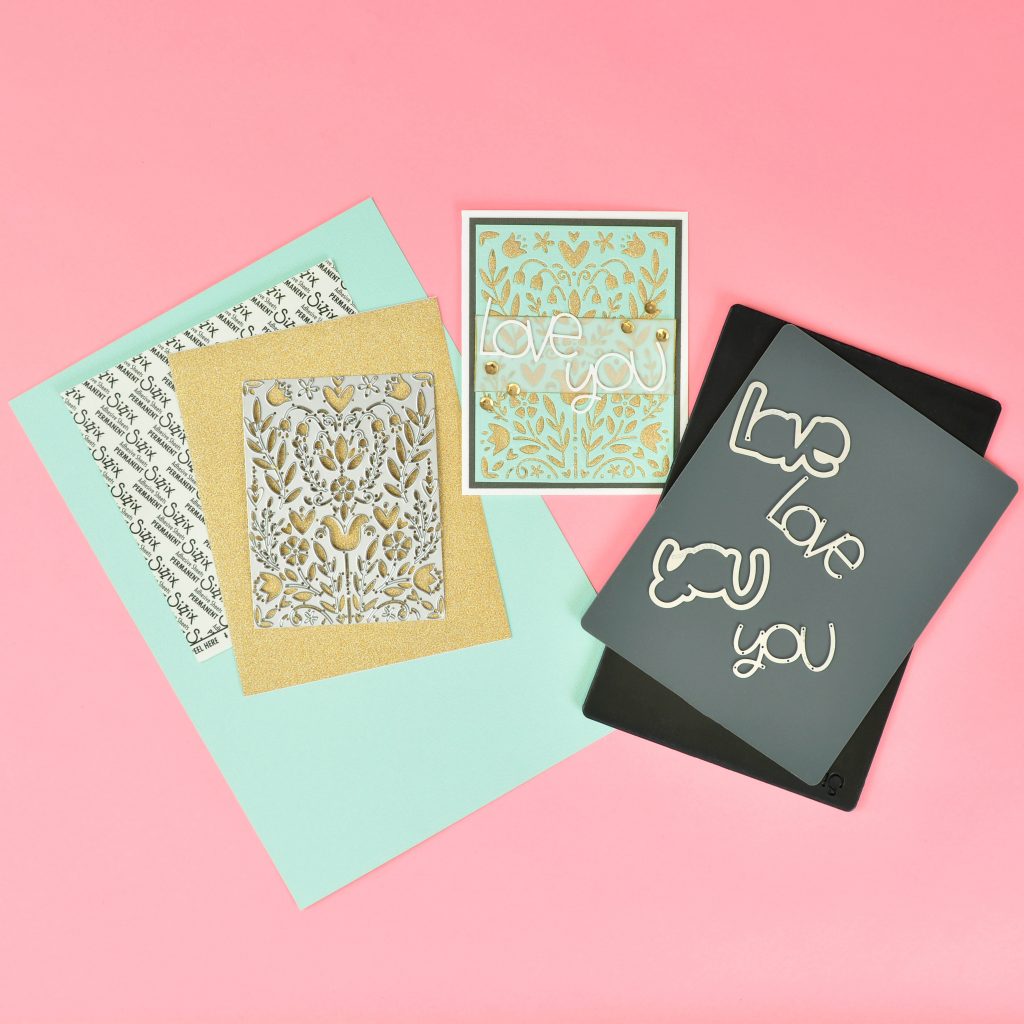 Another fun way to use the stencil die is by creating an embossed background using the Emboss & Transfer Set. Apply an adhesive sheet to the back of a piece of cardstock and die-cut the Folk Art Stencil. Remove the protective backing and adhere the cardstock to a piece of glitter cardstock. Wet the paper with water to loosen the paper fibers, then inlay the stencil die back on top of the die-cut panel and run it through the machine again using the silicone rubber and impression pad as directed to emboss the gold cardstock through the fall out portions of the die-cut cardstock panel. 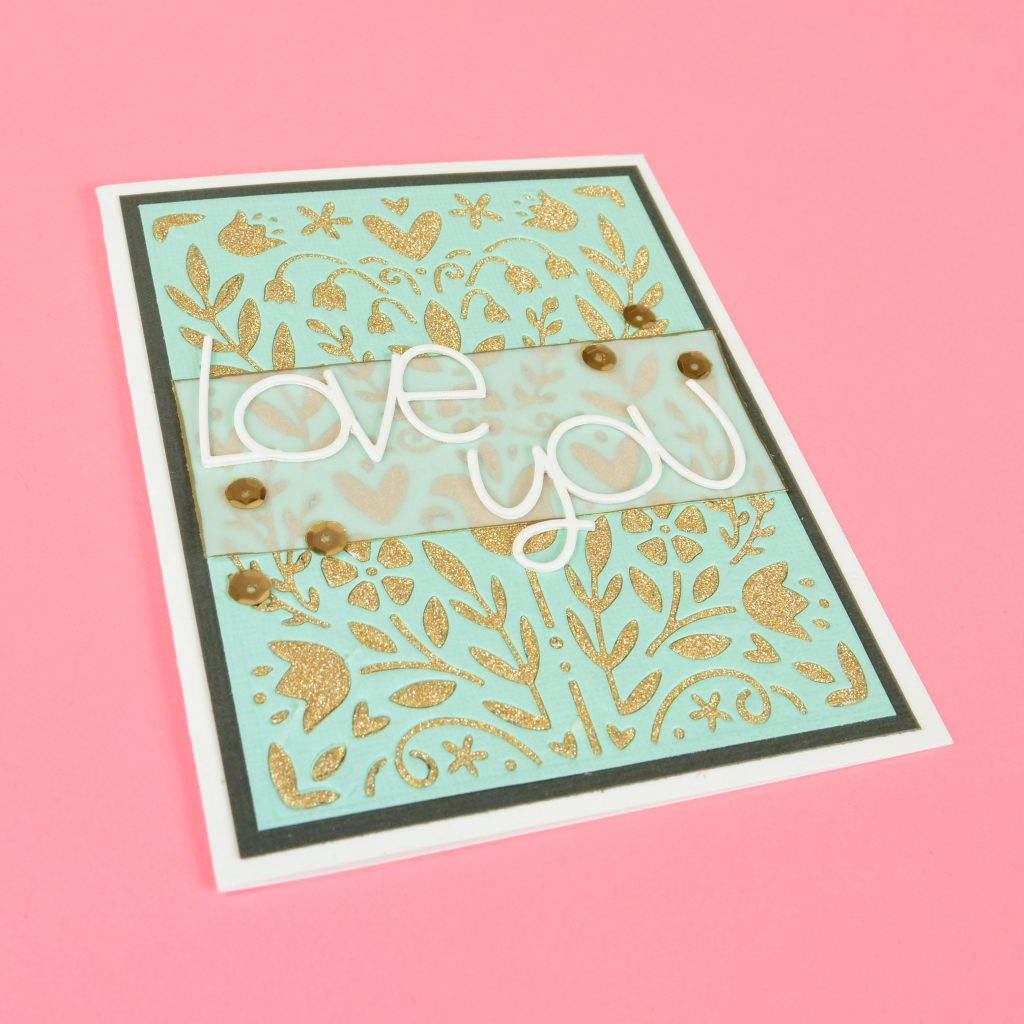 Attach the panel to another cardstock panel and then adhere both to a card base. Adhere a sentiment on top of a bit of vellum, as well as, a few sequins to the center of the Folk Art Stencil.  The embossing element adds a bit of dimension to an already stunning design. Try using the embossed negative panel on it's own as well! 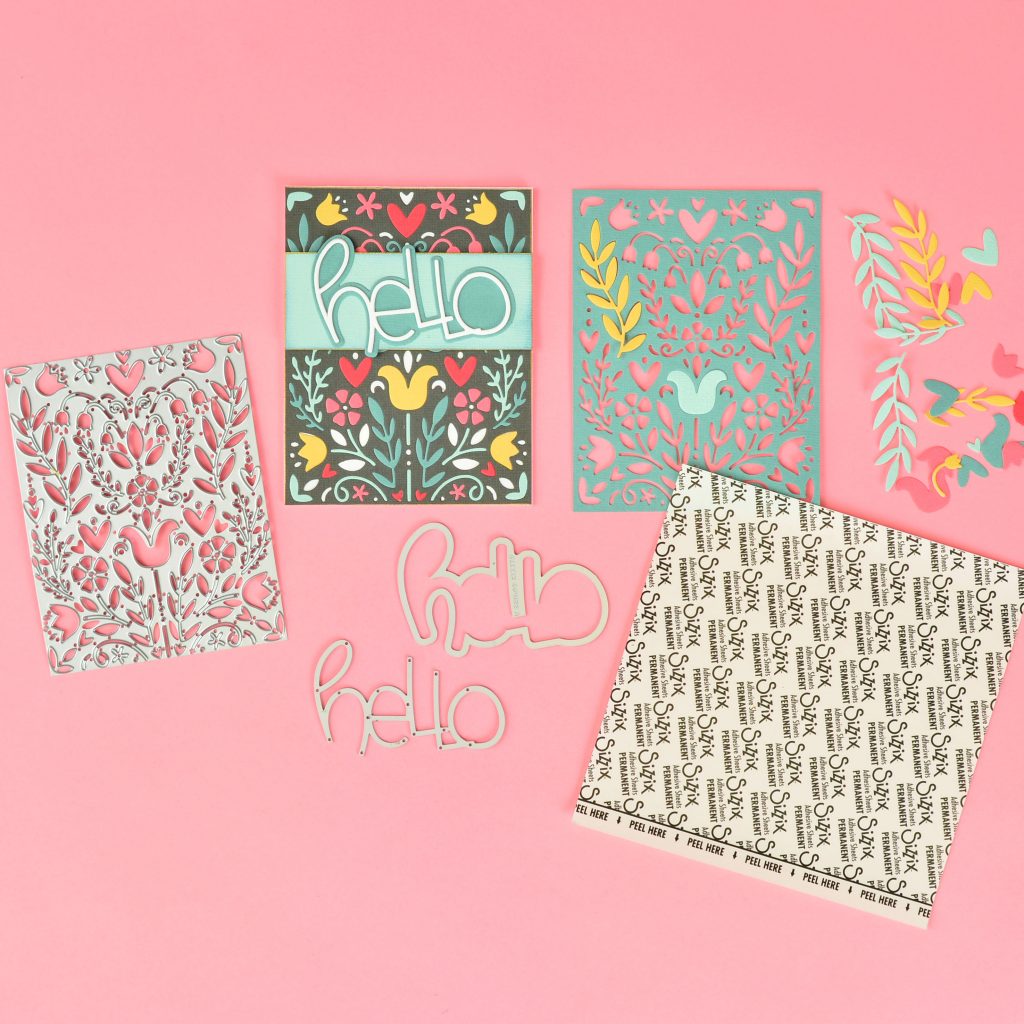 The final way I used the Folk Art Stencil today might require a bit of patience! Paper piecing can take some time but the final result is always stunning. Apply an adhesive sheet to the back of a few different-colored pieces of cardstock. From each cardstock panel, die-cut the stencil. With a Die Brush and Die Pick gently remove the fall-out pieces from the panels. Choose one of the die-cut panels to act as your main piece. Adhere the main stencil to a piece of white cardstock. Begin to adhere the fall-out pieces into the main panel as desired. 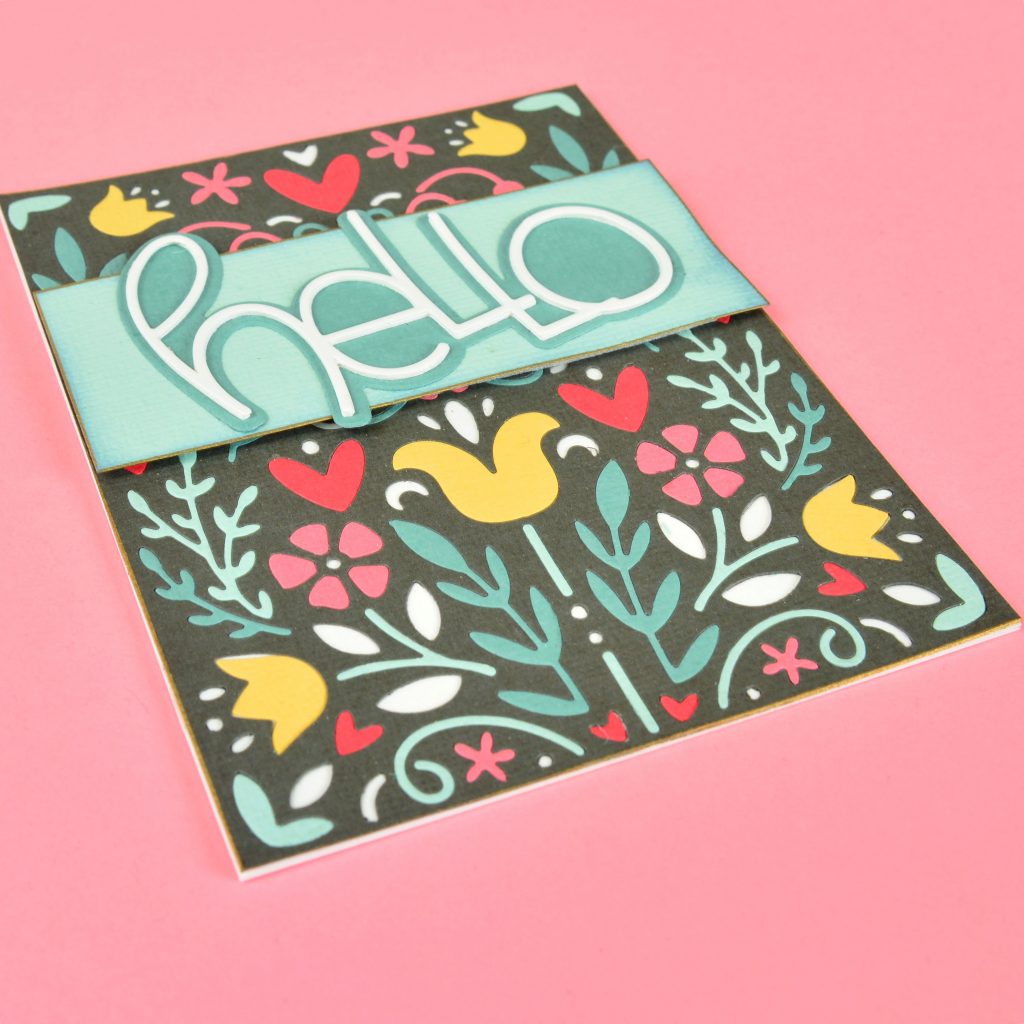 Die-cut a sentiment to add to the card front and adhere the color pop panel to a card base. The beauty of paper piecing is the unlimited number of ways you can create color combinations or patterns. From monochromatic to seasonal colors, this particular stencil can be used all year round!

I hope you were inspired by the various ways you can create with this stencil die set. I definitely have a few more tricks I want to try out with it. Let me know what ways you would use this set in the comments below! Until next week!