Oh No! Our Moose On The Loose Can't Find His Stuffing Tool!

Our annual troublemaker, Maurice the Moose, needs your help! It was another fine morning of mischievous planning, when his arm suddenly become unstuffed. With no Sizzix Stuffing Tool in sight, how is he going to go about his day of disorderly conduct? Maurice went about our company to see if anyone at Sizzix could've taken his stuffing tool. 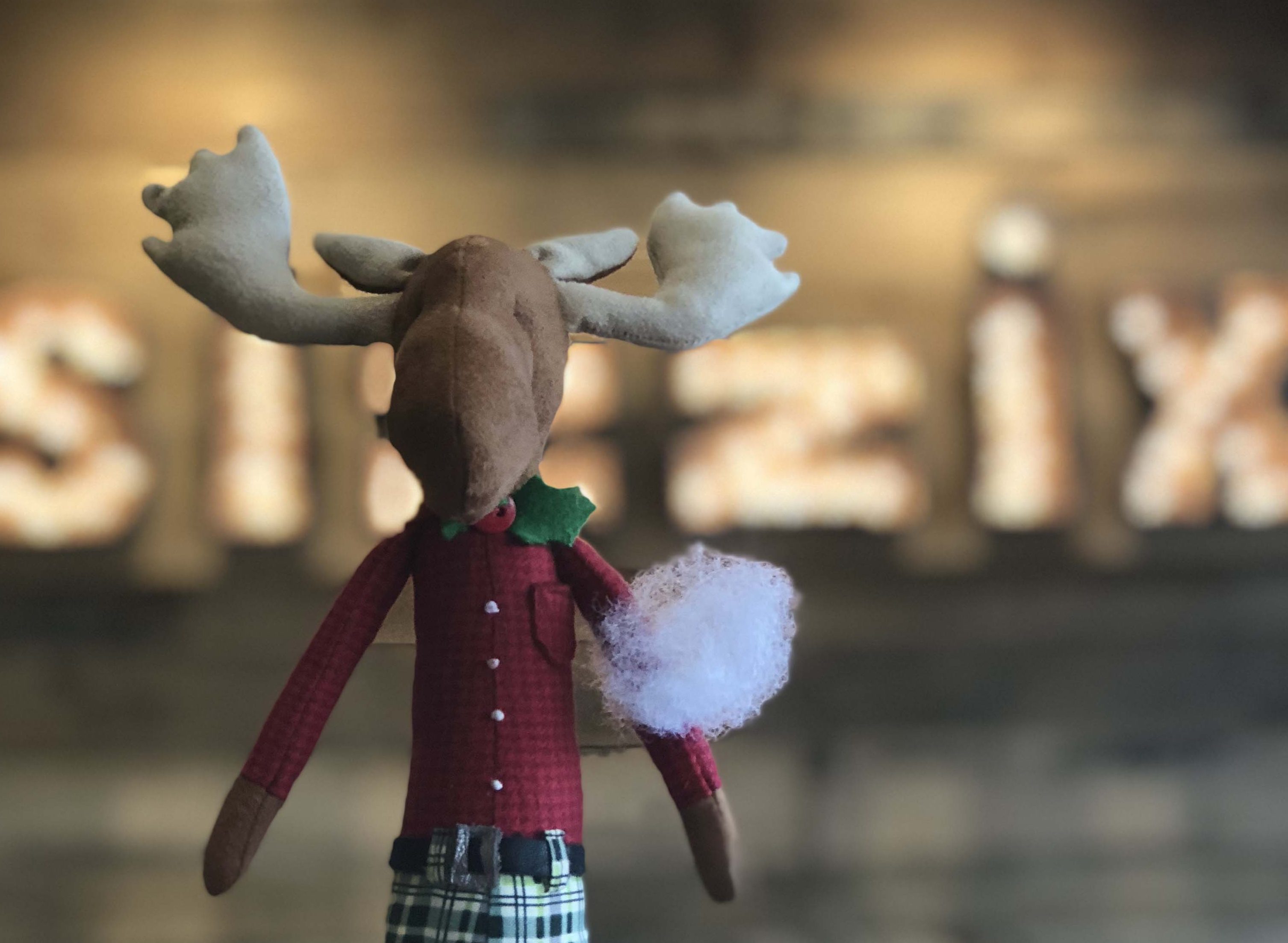 Here he is. A moose on a mission. To find his Stuffing Tool. No toothpick to chopstick could do a better stuffing job than this tool right here and he was determined to find this four-pronged stick if it was the last thing he did. Sizzix better watch out. 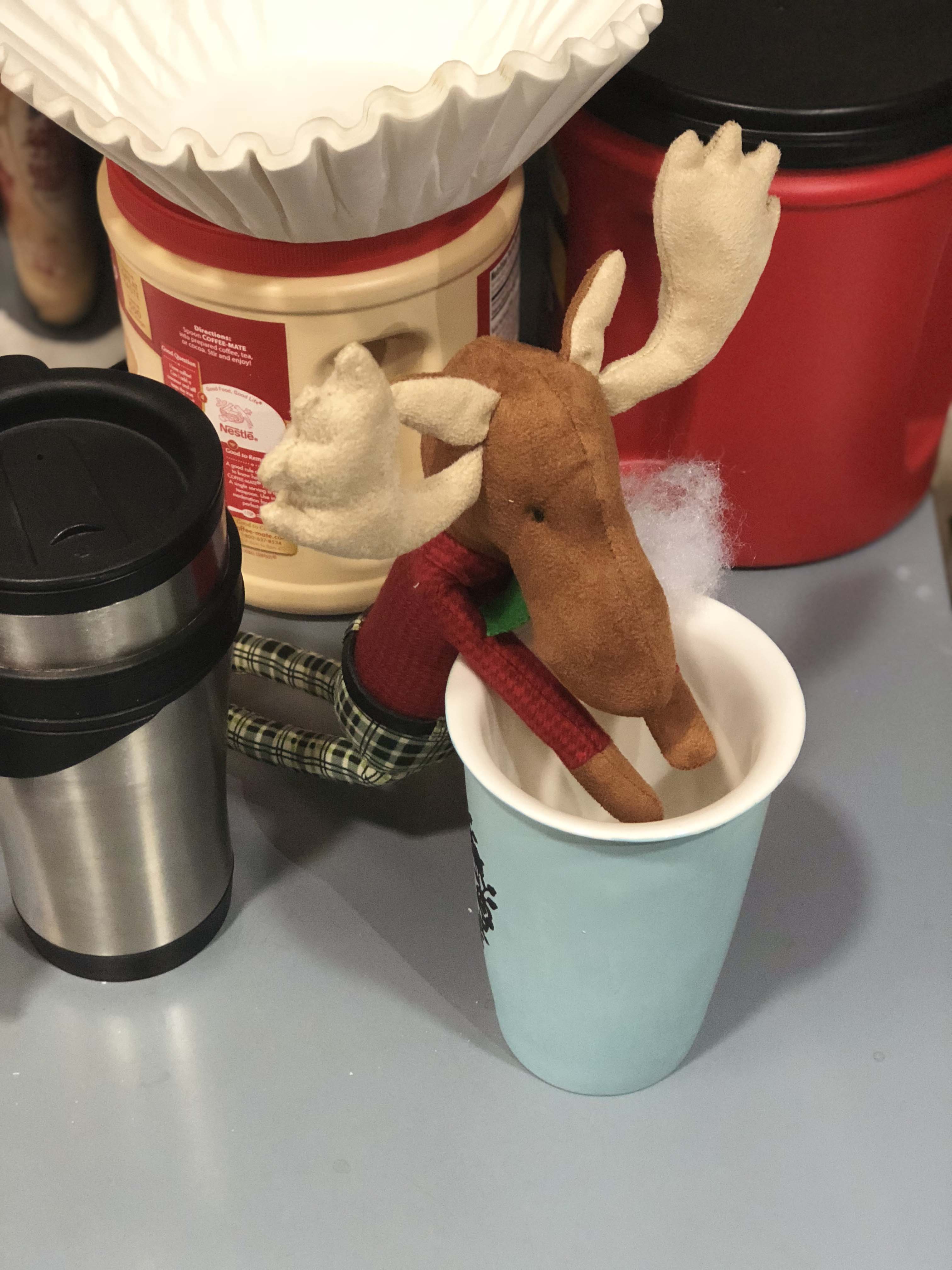 First things first: search the kitchen. He's sure that somewhere between the coffee-crazed workers at Sizzix, someone had to leave the Stuffing Tool lying about. Was it in the coffee bin? This cup? Behind the toaster - in the fridge? No matter how hard he looked, there was no tool in sight. Maurice didn't give up hope though. The Stuffing Tool was on the loose and he was going to find it.

But wait...maybe the Stuffing Tool isn't inside the building...could he have dropped it on his way to wreck havoc? There's only one way to find out. 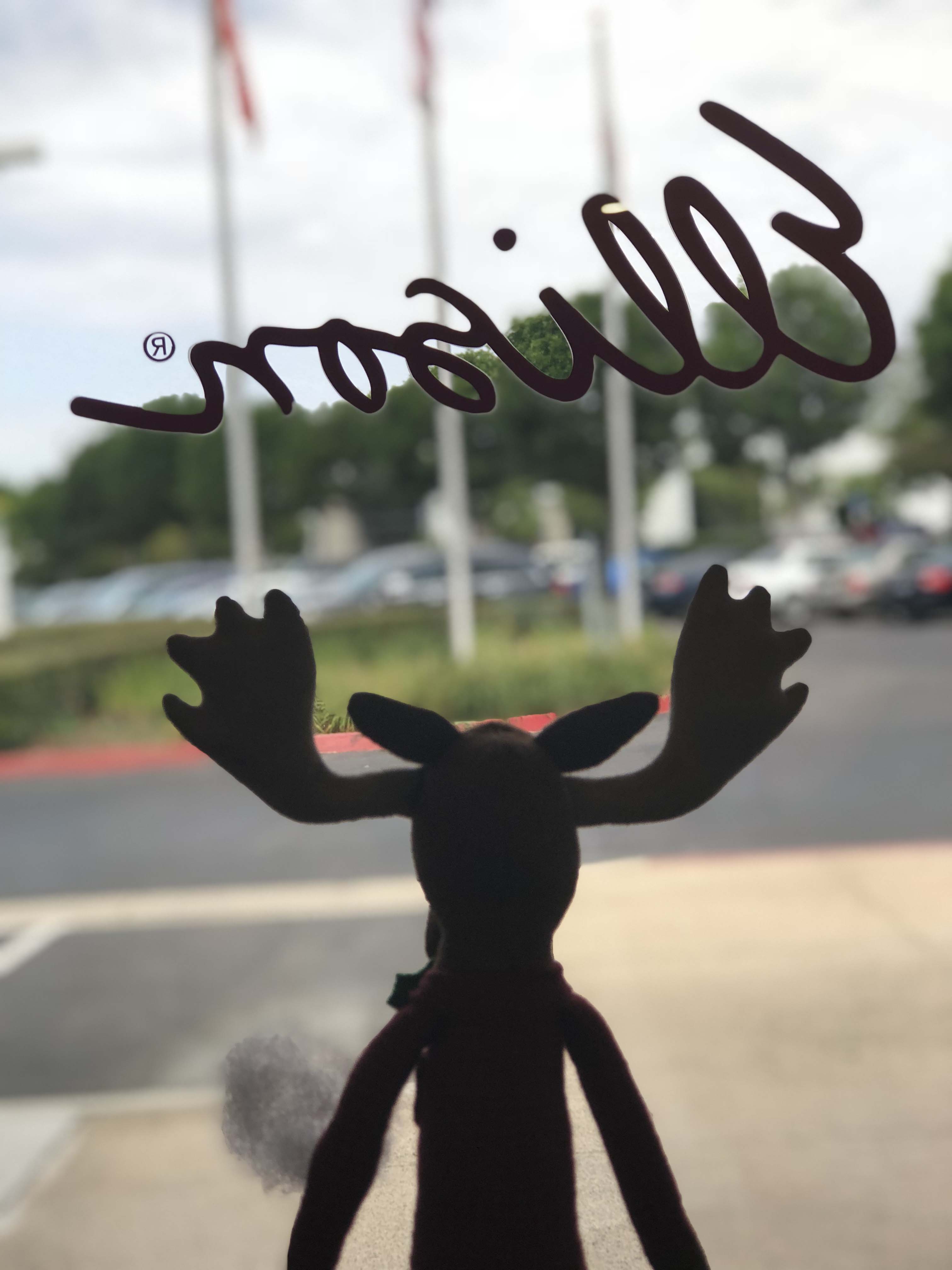 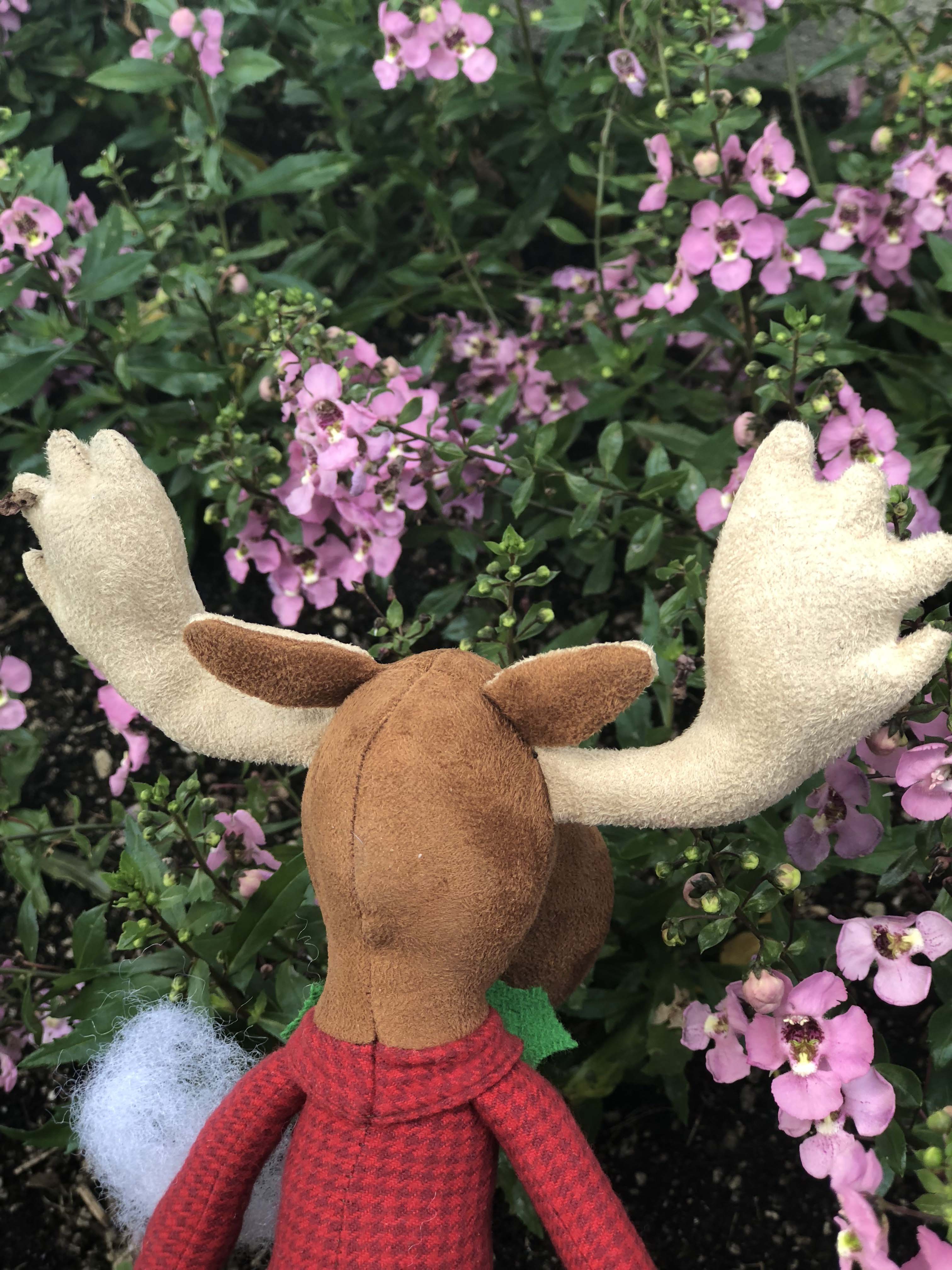 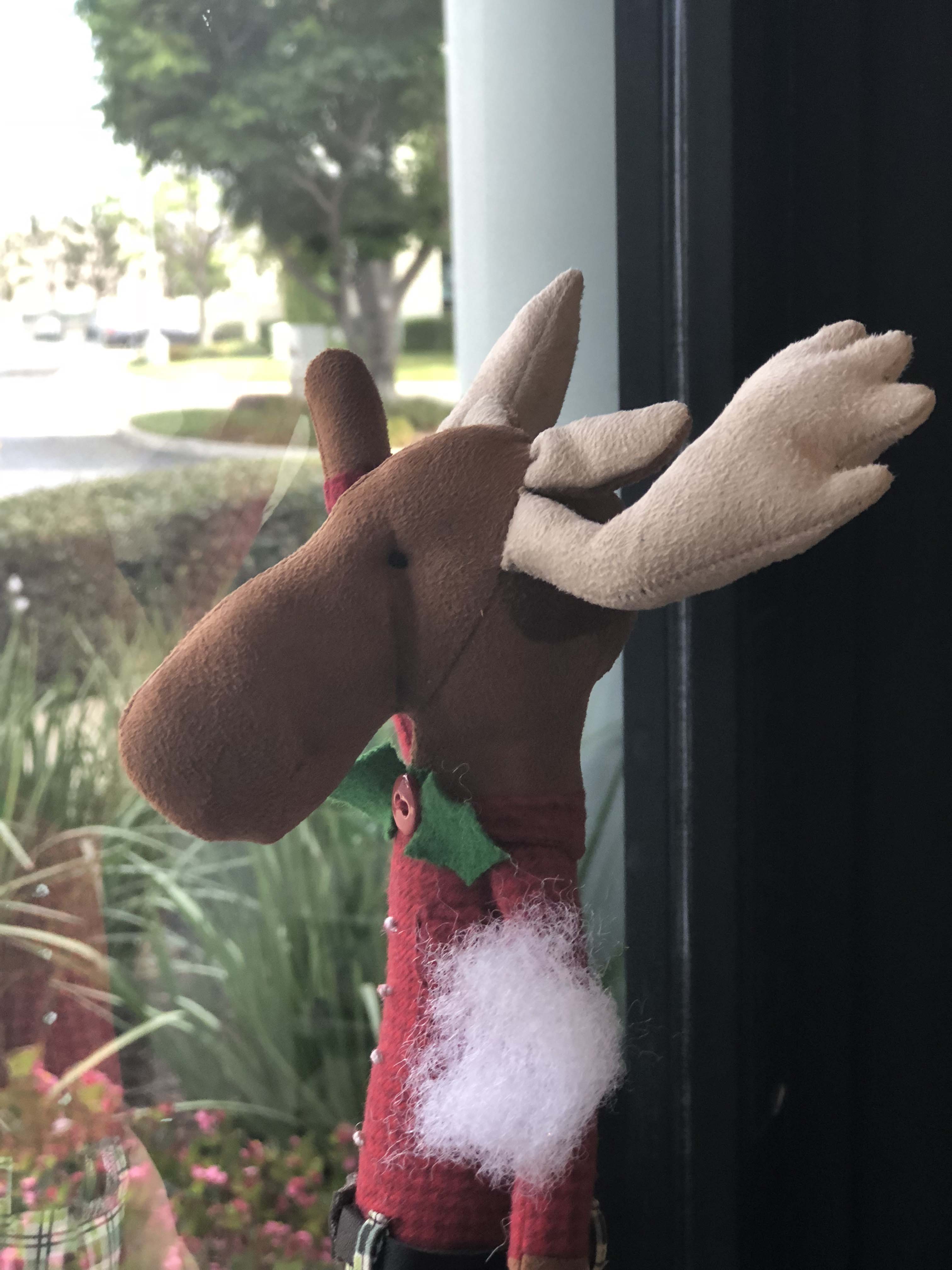 *Celine Dion's All By Myself plays in the background*[/caption]

Maurice lost his hope. He searched inside and out and yet, this glorious Stuffing Tool is still missing. He's going to live the rest of his life - an unstuffed moose. What kind of Moose On The Loose pulls pranks during the holidays with an unstuffed arm? How will he show his face at the Christmas Party?

But wait! There's still one last place he didn't check: 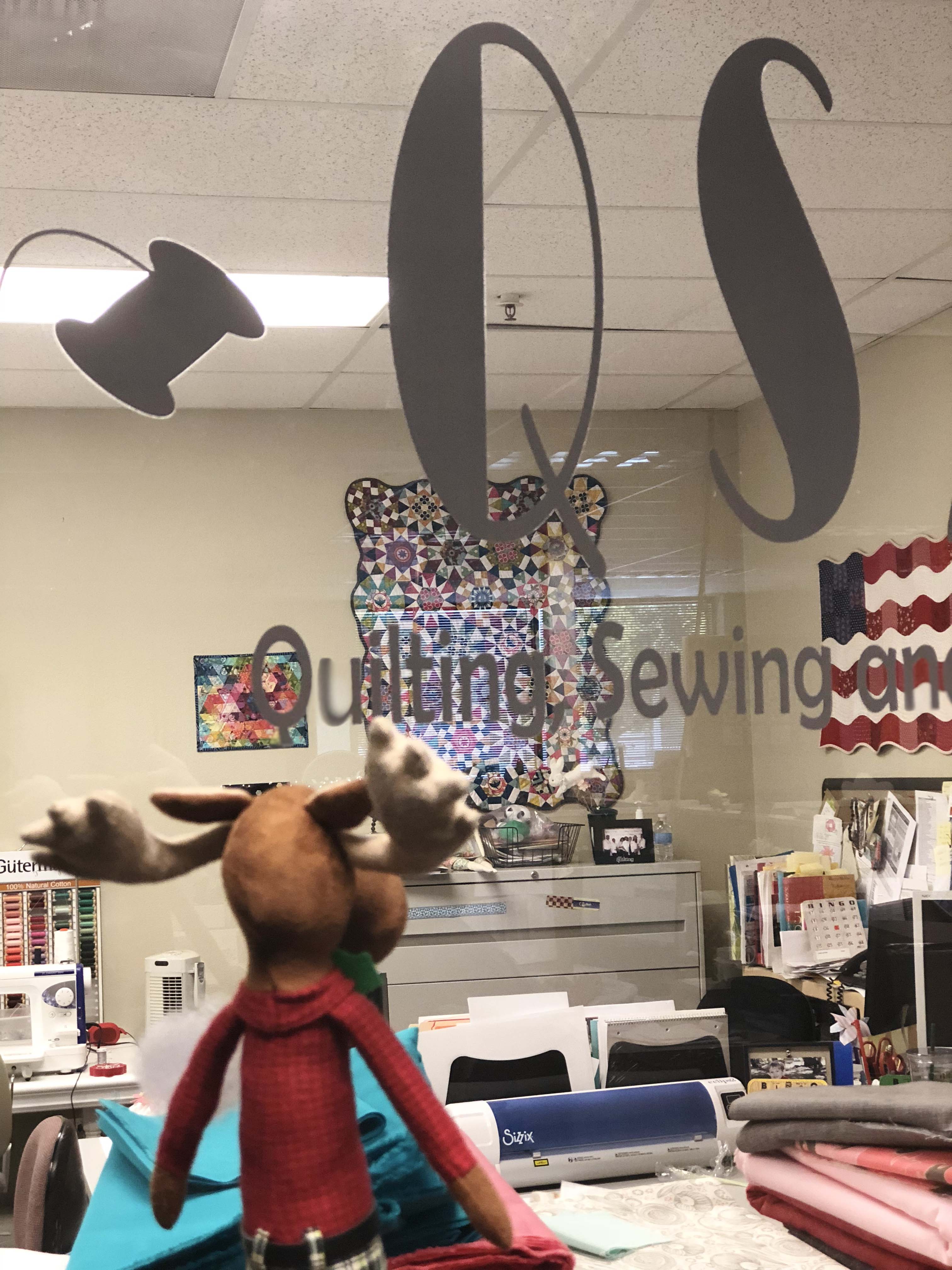 Sizzix. Quitling. Of course! Why didn't he think about this in the first place?! And lo and behold, once he got inside... 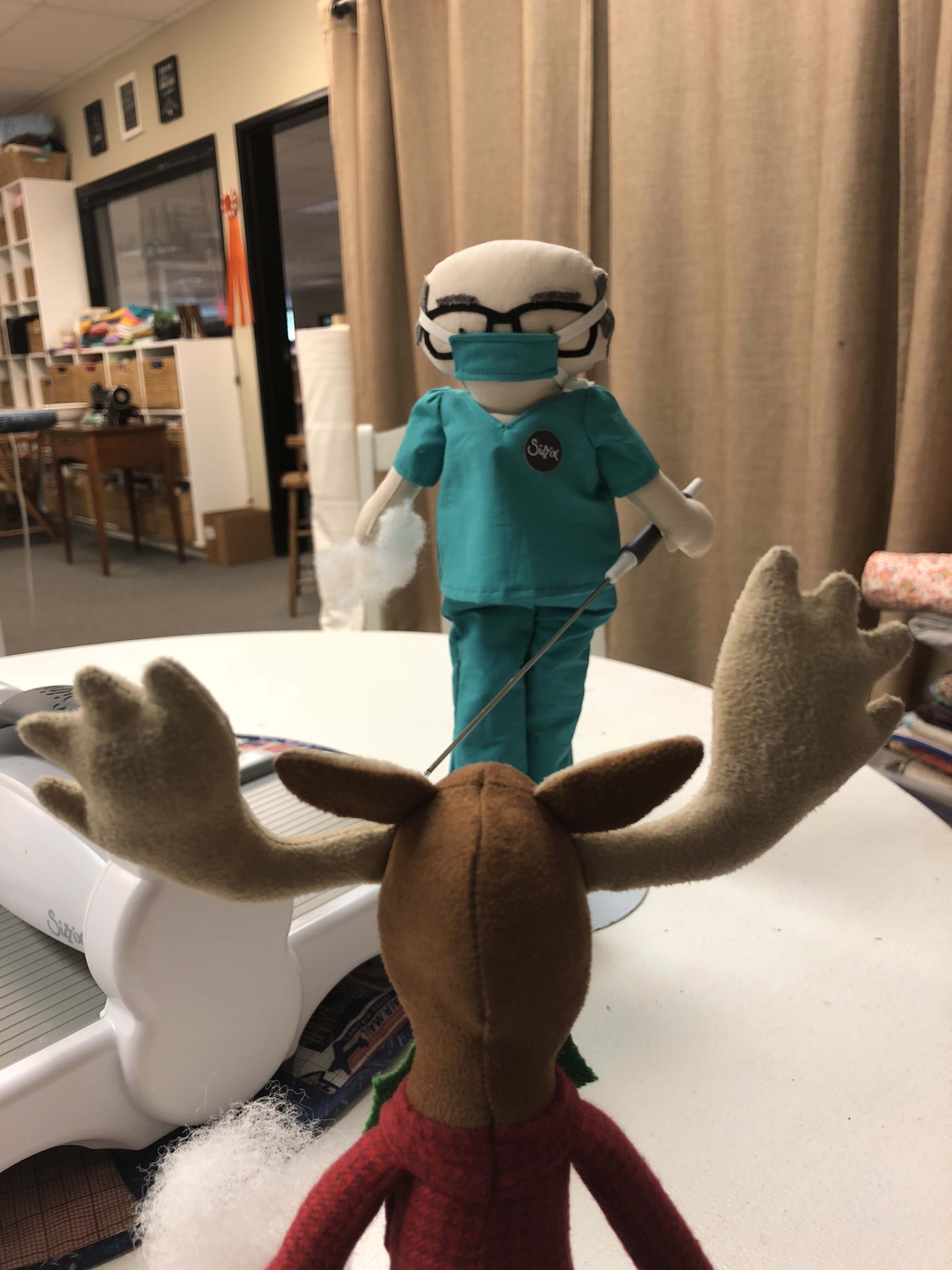 His Stuffing Tool! In the flesh! Looks like our surgeon needed it to help our Sizzix Quilting team with stuffing some softies. Maurice could hardly contain his excitement! Luckily, our surgeon is more than happy with help Maurice with his arm. 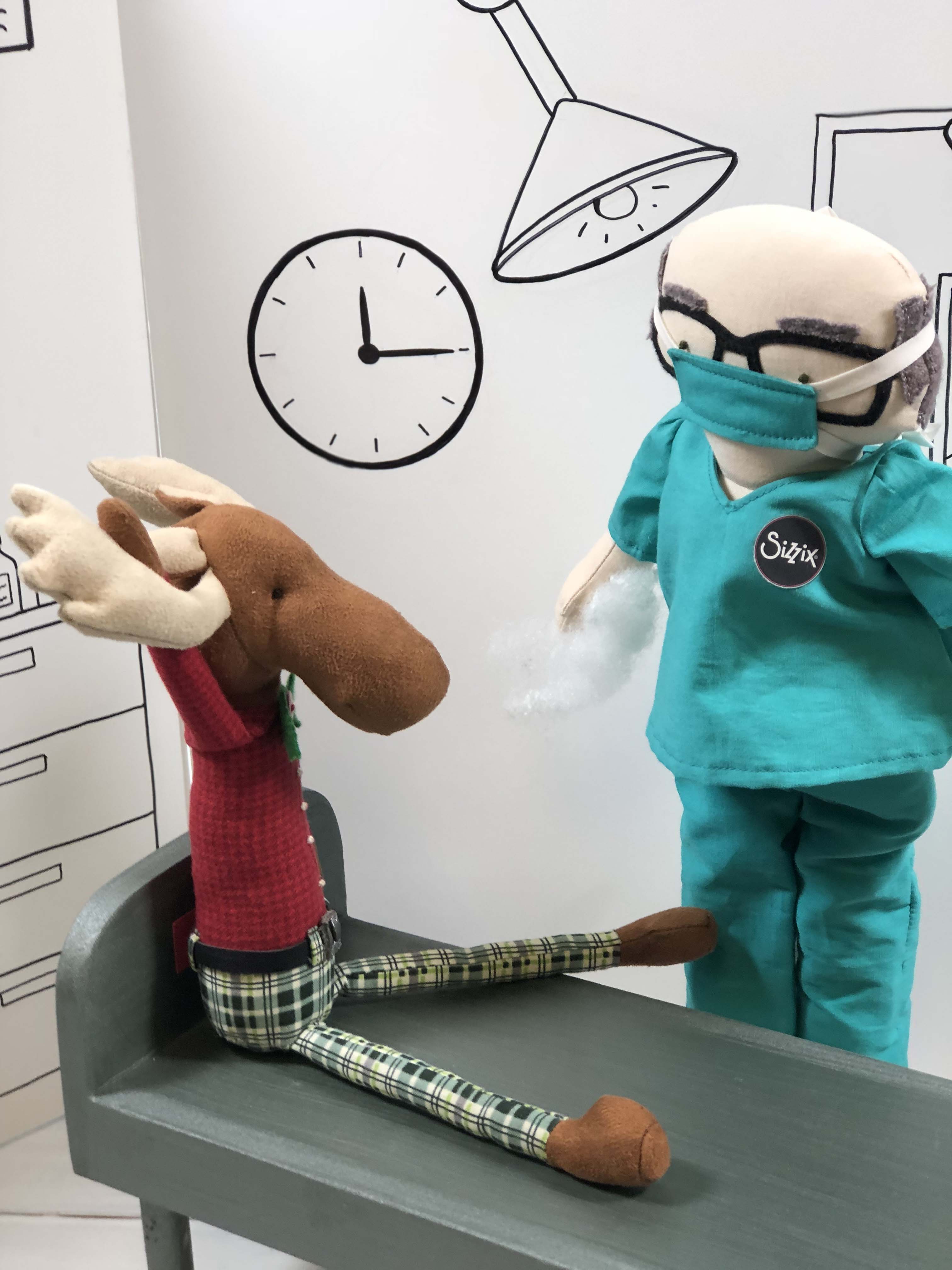 Doing a usual check-up to make sure there's nothing else that is unstuffed. Looks like beside Maurice's arm, things are all clear. 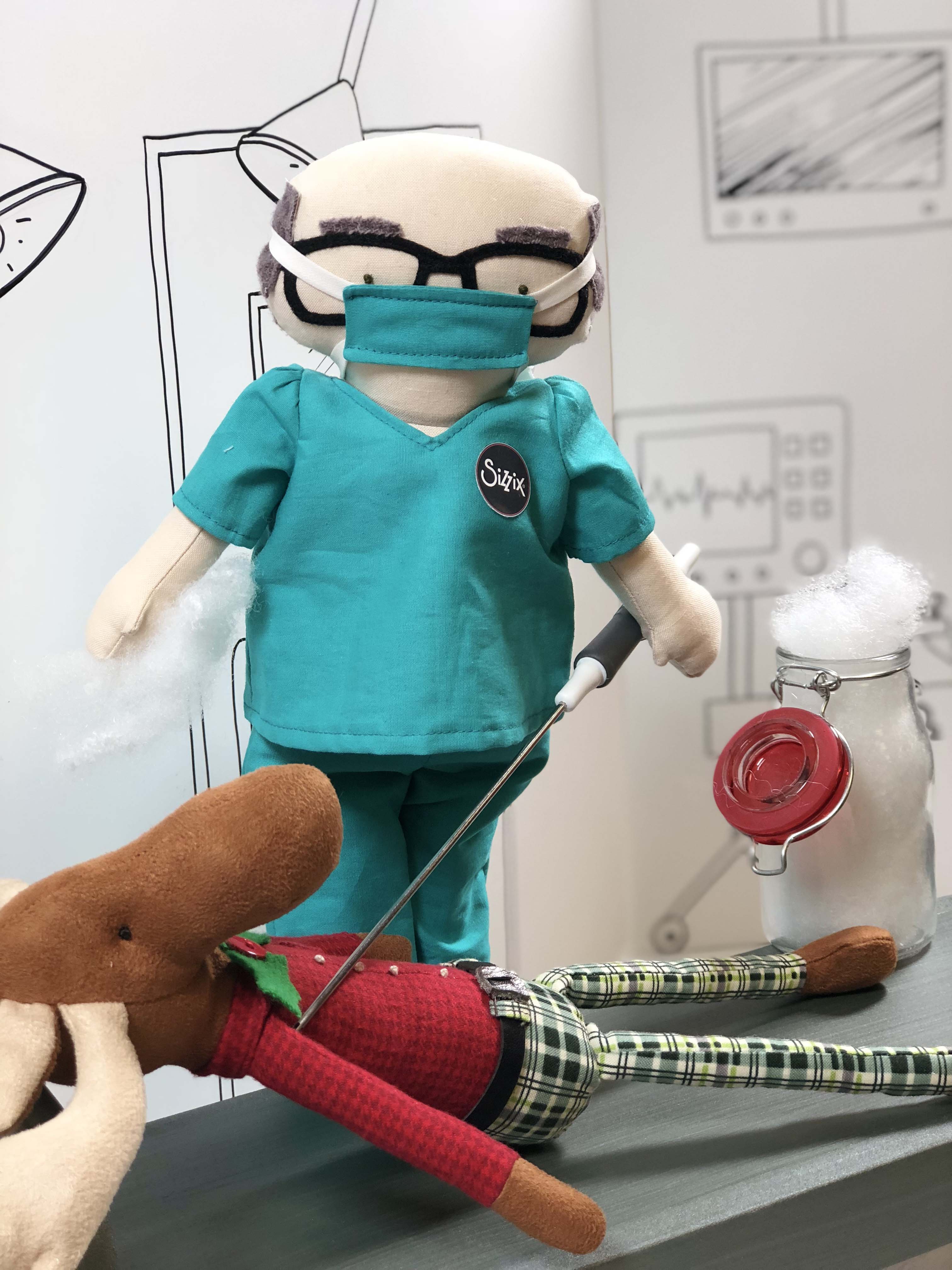 With his handy Stuffing Tool in place, it's time to stuff stuff stuff! 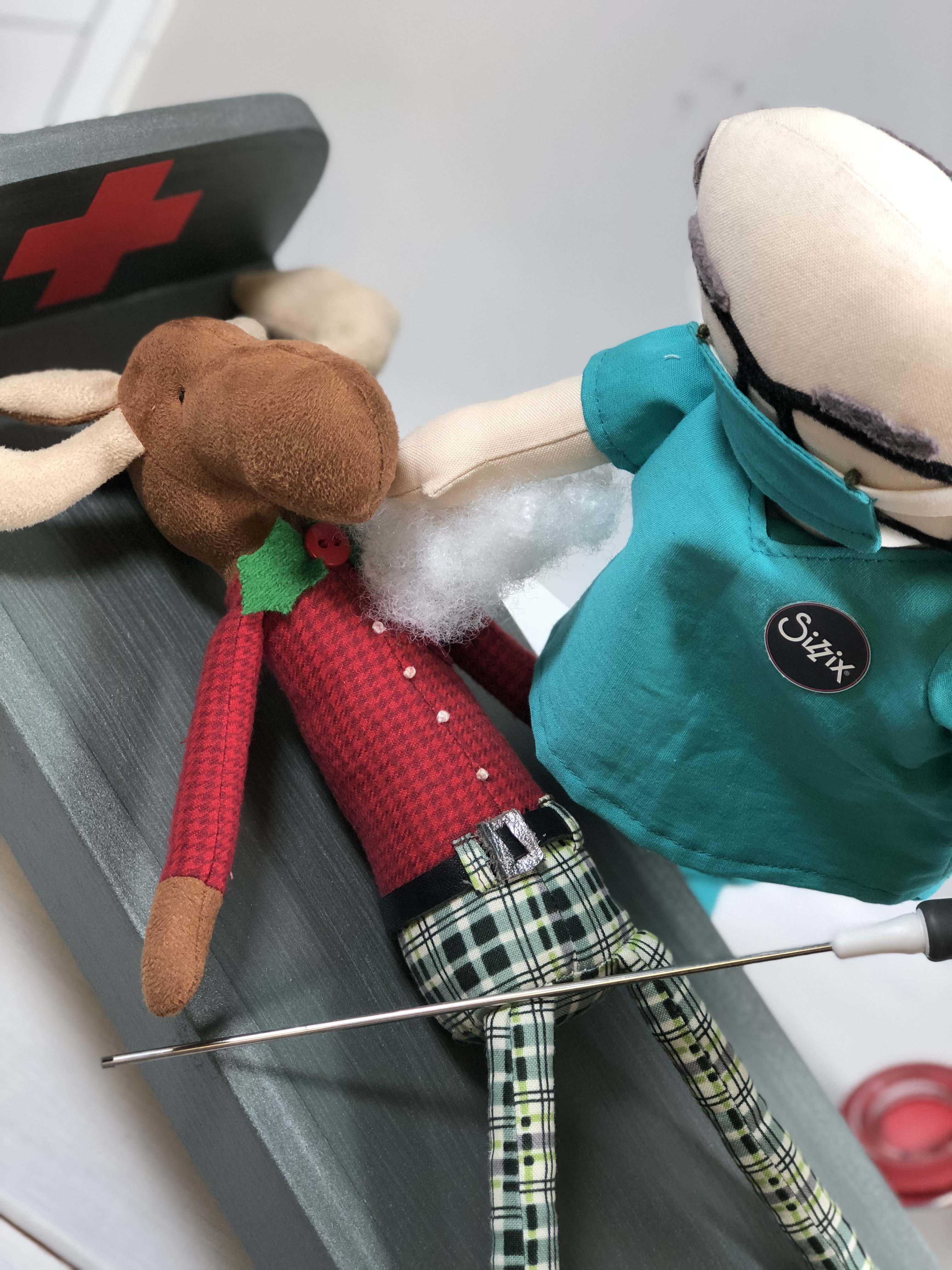 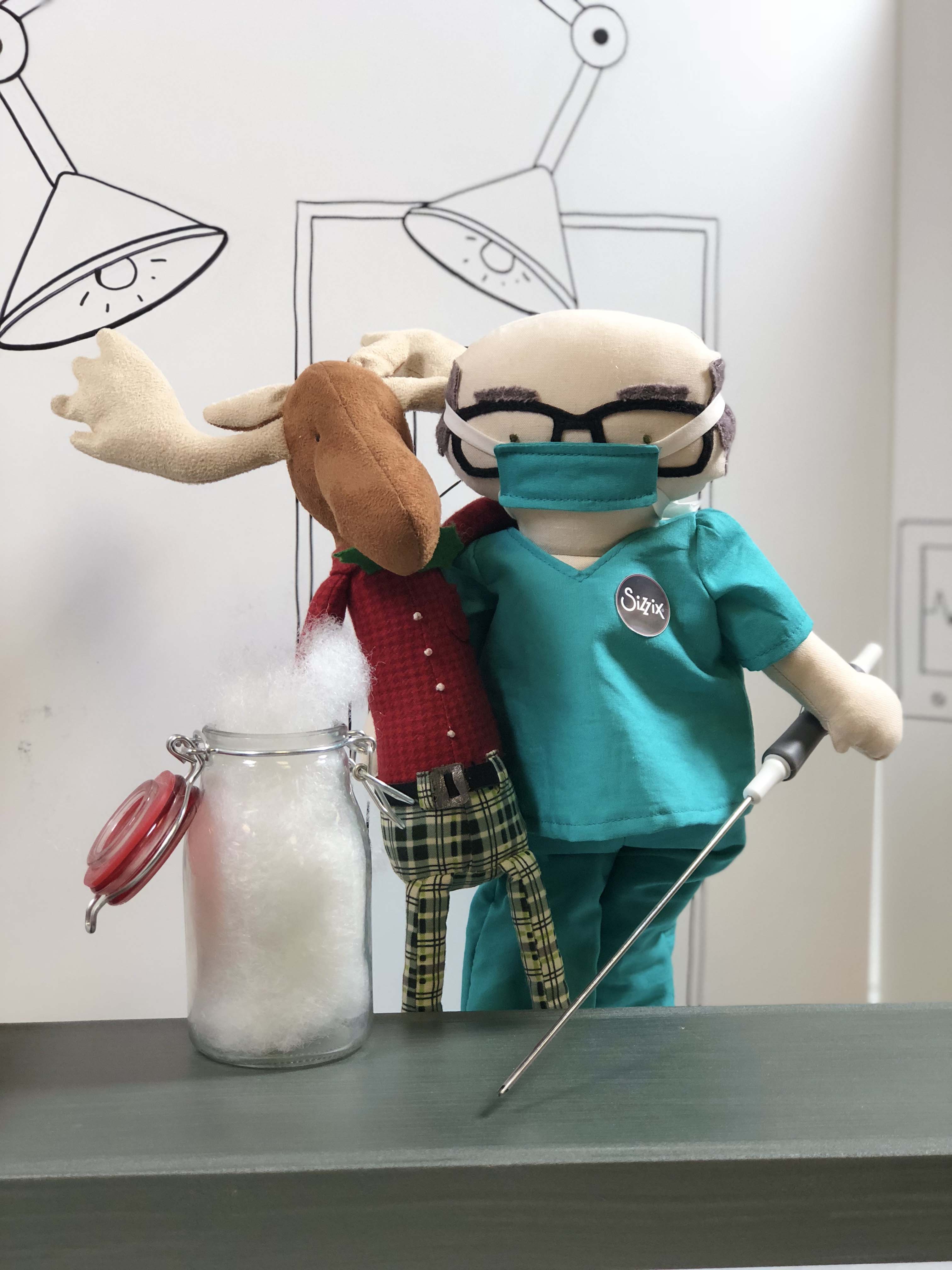 The surgery went fantastic! Now Maurice the Moose is all patched up and ready for the holidays.

What a journey! We're so glad that Maurice was able to get his arm fixed with the help of some friends and a Stuffing Tool! It really made stuffing his arm so much easier to get it nice and taut for maximum pranking when Christmas time comes around.

1 thought on "Oh No! Our Moose On The Loose Can't Find His Stuffing Tool!"

*Offer valid for first-time registrants only

You've been added to our mailing list. Be sure to check your email for a special treat.